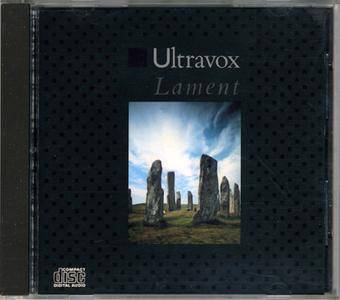 As the title suggests, Ultravox were in a gray mood as they launched into their seventh studio LP, their previous existential angst now pooling around personal anguish. The album's title track was a study in languorous melancholy, where the emotional pain lingered on and on. And why would it ever dissipate, when romance is forever doomed, as "When the Time Comes" exquisitely illustrated? Even "One Small Day," the most musically celebratory song on the set, battles depression but dismally loses the war. No wonder Ultravox were so keen to escape far into the past, with "Man of Two Worlds" taking them back to the gloriously romanticized days of the Celts. The modern world, in contrast, was filled with terrors, both emotional ("A Friend I Call Desire") and global. There was the omnipresent yellow peril to fear; but if "White China" warned of the dangers of creeping communism, the nation sworn to protect its citizens from a Stalinistic embrace proves just as nefarious on "Heart of the Country". 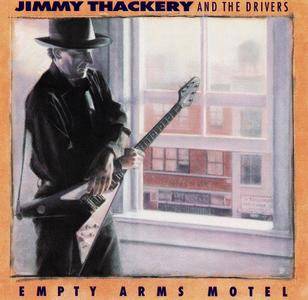 Not a prolific composer, Thackery's strength lies in strong arrangements that make other people's material his own. He covers Stevie Ray Vaghan's "Rude Mood," and one suspects there will be comparisons made in this direction. His solos burn the motel down on Luther Johnson's "Lickin' Gravy," and he manages a more than credible job on Hendrix's "Red House." Of the two self-penned numbers, the title track is a convincing boogie driven by an ultra-cool, echoed, chicken-scratch guitar riff, while "Getting Tired of Waiting" offers a more traditional blues shuffle. 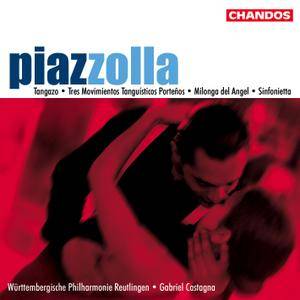 The highlight of the Chandos disc is a real rarity, the 1953 Sinfonietta written as a fruit of Piazzolla’s studies with Ginastera prior to his trip to Nadia Boulanger in Paris. Vigorously rhythmic (as one might expect), the three spans are dramatic, sober and jubilant by turns, even if the melodies do lack the distinctive Piazzolla sound. It’s a well-constructed work, though, and Gabriel Castagna’s account is full of verve. 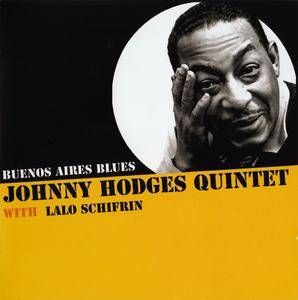 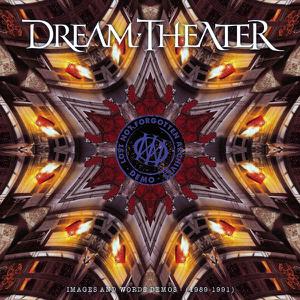 Originally released in 2005 on Ytsejam Records, ‘Images And Words Demos (1989-1991)’ documents a special period for the band as they prepared for the release of their landmark ‘Images and Words’ album. This collection includes instrumental versions of Dream Theater classics like ‘Take The Time’ & ‘Learning to Live’. As well as showcasing rare early renditions of some of the band’s most well-known entries such as ‘Oliver’s Twist’, which would later become the fan-favorite, ‘Pull Me Under'. It also features the original audition takes that would see Dream Theater appoint James LaBrie as their new vocalist. Remastered and available on vinyl for the very first time, this is a fascinating look at the band’s earliest days together. 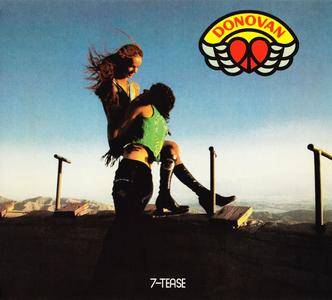 7-Tease might be considered the opening of what one could call Donovan's years in the wilderness. His next to last album, Cosmic Wheels, had managed to generate sales but its successor, Essence to Essence, marked the tipping point beyond which, because of the seeming datedness of his image, or whatever reason, he was no longer regarded by the public as being terribly important or relevant, or his records programmed by radio stations or ordered by record retailers in quantities resembling his earlier work. All of this is a pity because a fair hearing of 7-Tease reveals an album steeped in disillusionment, yet built upon beautiful melodies and some of the most diverse and appealing sounds and arrangements of his career, and a harder rocking sound than he was usually known for (courtesy of Nashville-based producer Norbert Putnam, who'd done something similar for Joan Baez). 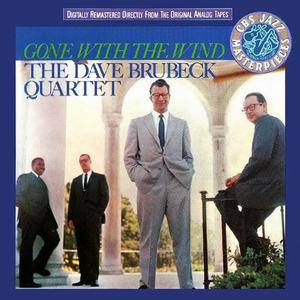 This dynamic quartet, strongly influential during the cool jazz period, performed as a group from 1951 to 1967. Since the 1930s, leader Dave Brubeck received high praise and critical acclaim for his role as bandleader and for his stirring arrangements. At the piano, Brubeck plays along with the accompaniment of Paul Desmond, another timeless jazz legend in his own right. Joe Morello drives the rhythm of the group on drums and percussion with the help of Gene Wright, who shares his talent and pulsating beats on standup bass. Desmond is featured on this collection of standards, jamming along on the alto sax to tunes such as "Swanee River," "That Lonesome Road," and "Basin Street Blues." Brubeck shimmers with radiance and phenomenal craftiness in his piano improvisation at the end of "Georgia on My Mind." Morello gives it his creative all with a rich flair for rhythm during his strong solo performance on the tune "Short'nin' Bread"… 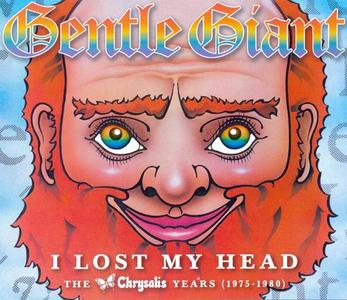 UK four CD collection from the British Prog Rock band that rounds up all of their Chrysalis albums with bonus tracks including John Peel sessions, 7" mixes, live tracks, 'B' sides and more. Gentle Giant was born out of the ashes of Simon Dupree & the Big Sound, a successful UK rock and R&B-based outfit led by the Shulman Brothers. In 1970, the brothers founded Gentle Giant. Derek was lead vocalist and played alto sax and bass, Ray sang and played bass and violin, and Phil handled the saxophone and added vocals. Kerry Minnear, on keyboards, came straight from the Royal Academy of Music, and Gary Green became guitarist. John Weathers joined the band in 1972 and was the drummer for two albums. Gentle Giant's utilization of complex classical chord and time patterns, together with hard rock, blues, jazz and even medieval melodies, set them apart from other "progressive" groups of their time or since. 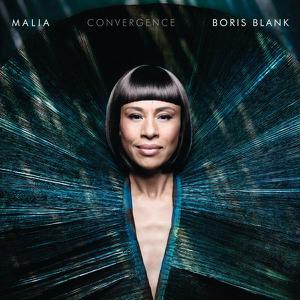 This collaboration with Yello mastermind Boris Blank displays the dark timbred voice of Malia in a set of pop titles created by the glitzy synths and sultry dancable rhythms of Blank, who uses the singer's voice like a solo instrument in the very front of a mix made by his tasteful synthetic soundscapes.
Convergence is one of the most sensual and elegant album we have heard in a long time. Its almost timeless aesthetics avoid clichés mostly associated with electronic soul music and seamlessly bring together two artists with a unique approach to their work - but most important of all: it’s got soul and sensuality, both in a very elegant and airy way but still has enough artistic weight to carry the promise of becoming a long term companion. 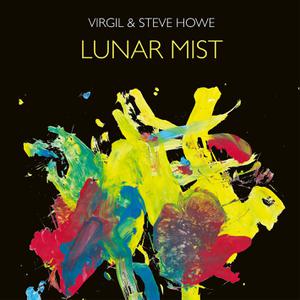 2022 release. Steve Howe's second collaboration with his son Virgil continues the journey that is fueled by the love and energies he draws from his wife Jan and their family, a passion for the guitar, and of course, the never-ending drive to create and perform music. The Yes guitarist's creative passion has put him on an experimental lifelong journey, with each new album a venture into genre-bending territory. 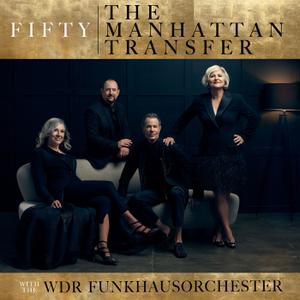 Storied, ten-time Grammy-winning vocal group the Manhattan Transfer are marking their 50th anniversary with the new studio album Fifty, to be released on September 23 digitally, and October 21 on CD, via Craft Recordings. To coincide with the news, the group have announced that they will start their final worldwide tour in America in October, to be followed by an international itinerary. The tour continues back in the US with shows in December, then in January and March 2023. 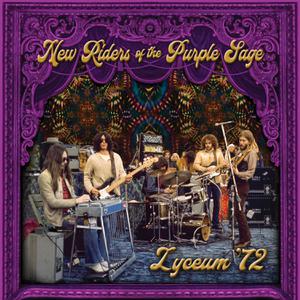 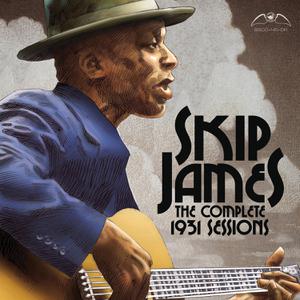 Skip James was a Delta blues artist from Mississippi. Known for his career during the Great Depression and subsequent decades, he was “rediscovered” and became much more widely recognized during the 1960’s when he was in very poor health nearing the end of his life. His playing style was primarily in a minor key, featuring complex fingerpicking. After years of being out of print, The Complete 1931 Sessions, taken from James' Paramount recordings, will be remastered and reissued by ORG Music for RSD Black Friday on color vinyl. The compilation is made up of some of the earliest years of the artist’s career and showcases the astounding talent he possessed from the very beginning. 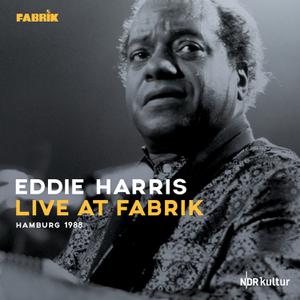 This musician is simultaneously world-famous and unknown. The label Atlantic periodically re-released the recording of a very special concert he took part in and everybody who is somehow interested in jazz, even if only on it's fringes, most probably has listened to at least one of the numbers performed by the saxophonist Eddie Harris. On 21 June 1969, he met with singer and pianist Les McCann on stage of the old casino of Montreux to unleash what can only be described as a firework of music, hardly ever experienced by the jazz community before. Situated somewhere between jazz, funk and soul, McCann and Eddie Harris actually create (this is no exaggeration!) something like a new style; and Compared to what, Les McCann´s spectacular song oscillating between black consciousness and the civil rights rhetoric, became the hymn of this movement. 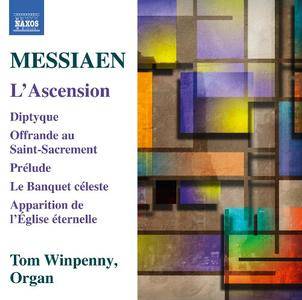 The organ compositions of Olivier Messiaen firmly established the composer as a figure of 20th century music. This release features his well-known works L’Ascension and Le banquet celeste, along with two pieces which were discovered posthumously in 1997, Offrande au Saint-Sacrement, and Prelude. Organist Tom Winpenny does an outstanding job in these performances, which were recorded at the organ at St. Giles’ Cathedral, Edinburgh, Scotland.