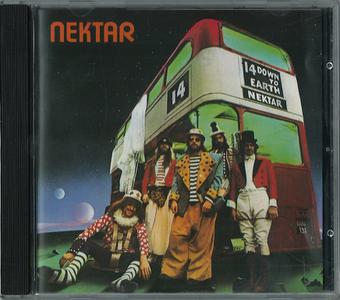 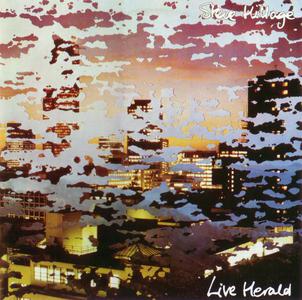 Originally released in 1979, this album of Hillage's self-styled "elektric gypsy musick" was spread across two vinyl discs; when subsequently reissued during the digital era the guitarist/singer's cosmic space rock set - including a version of George Harrison's "It's All Too Much" - fit onto a single CD.
The album was recorded at the peak of Hillage's popularity (although peak might be too strong a word!) at a variety of gigs during 1977 and 1978, in and around the London (UK) area. The songs are primarily taken from Hillage's first album "Fish rising", "L" (which appears virtually in full) and "Motivation radio". 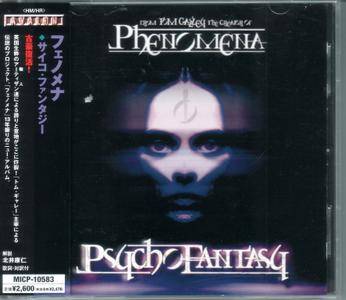 Psycho Fantasy is the fourth studio album by rock group Phenomena, released in 2006 on Escape Music label. Phenomena is a rock concept around a supergroup formed by record producer Tom Galley, Metalhammer magazine founder Wilfried Rimensberger and Tom's brother, Whitesnake guitarist Mel Galley. Contributors were leading rock musicians such as Glenn Hughes, Brian May, Tony Martin and John Wetton amongst others. In a cover story, run by Kerrang! magazine in 1985, Phenomena's production of rock songs based on a story line running through a whole album, attached to artworks and other multi-media aspects was credited for the "return of the concept album" in the 1980s. 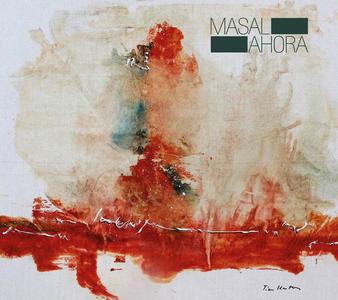 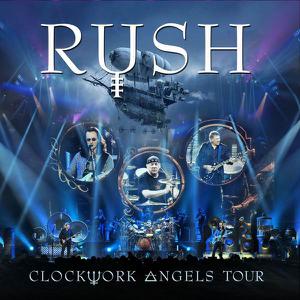 You don't get to be known as the biggest cult band in the world without giving your fans what they want, a philosophy that Rush takes to heart on its live albums. On Clockwork Angels Tour, the legendary Canadian band doesn't just give fans a live version of its latest album, but a full-featured live experience. Over the course of the three-disc set, fans are given the royal treatment, with an album packed with new songs performed with a string ensemble, classics like "Subdivisions," "YYZ," and "Spirit of Radio," an encore featuring "Tom Sawyer" and "2112," three drum solos, and a soundcheck recording of "Limelight." With a few flubbed notes and vocal missteps sprinkled throughout the set, it's clear that the band's age is starting to show a little… 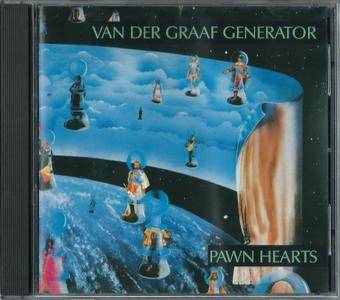 Van Der Graaf Generator - Pawn Hearts (1971) {1987, Reissue}
EAC Rip | FLAC (Img) + Cue + Log ~ 262 Mb | MP3 CBR320 ~ 124 Mb
Full Scans | 00:45:06 | RAR 5% Recovery
Charisma Records #CASCD 1051 / Virgin #0777 7 87549 2 3
Psychedelic Rock / Progressive Rock
Pawn Hearts is the fourth album by English progressive rock band Van der Graaf Generator, released in October 1971 on Charisma Records. The original album features just three tracks, including the side-long suite "A Plague of Lighthouse Keepers". The album was not commercially successful in the UK, but reached number one in Italy. The songs for the album were worked out while on tour in 1971, with further development and arranging at manager Tony Stratton-Smith's house in Crowborough, Sussex over a two-month period. The original plan had been to release more material, making up a double album, but Charisma vetoed the idea. A non-album single, "Theme One" was included on some releases in the US and Canada. The album's strong commercial showing in Italy resulted in a number of lucrative promotional tours there, but the resulting pressure led to the band's split in August 1972.
Van Der Graaf Generator Rock Lossless FLAC MP3 CD-Rip + Scans Psychedelic Rock Progressive Rock 70s 1971 80s 1987
Details 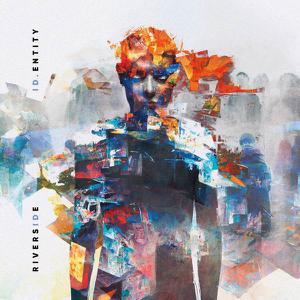 Riverside’s long-awaited 2023 release ID.Entity kicks off Riverside's third decade in a remarkable way. Produced by Mariusz Duda, the album extends and expands Riverside’s characteristic sound with a dynamic and revamped approach to the band’s classic formula.
What comes across on ID.Entity is the sheer quality of the musicianship, with every player at the top of his game. Anyone wondering whether Riverside could still cut it without Piotr Grudzinski can be assured they still have the chops they’ve always had, they’re still atmospheric progmeisters and their music still has its discernible edge. 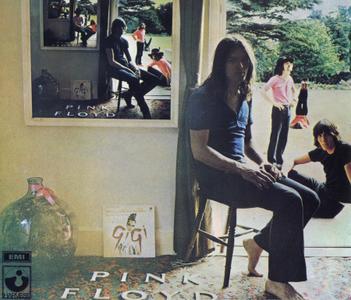 Pink Floyd - Ummagumma (1969) {1992, Reissue}
2CD | EAC Rip | FLAC (Img) + Cue + Log ~ 458 Mb | MP3 CBR320 ~ 209 Mb
Full Scans ~ 107 Mb | 00:39:39 + 00:47:05 | RAR 5% Recovery
Psychedelic Rock, Art Rock, Progressive Rock | EMI Records #CDS 7 46404 8 | Austria
Ummagumma is the fourth studio album by English rock band Pink Floyd. It is a double album and was released on 7 November 1969 by Harvest Records. The first disc consists of live recordings from concerts at Mothers Club in Birmingham and the College of Commerce in Manchester that contained part of their normal set list of the time, while the second contains solo compositions by each member of the band recorded at Abbey Road Studios. The artwork was designed by regular Floyd collaborators Hipgnosis and features a number of pictures of the band combined to give a Droste effect. It was the last album cover to feature the band.
Pink Floyd Rock Psychedelic Rock Art Rock Progressive Rock Lossless FLAC MP3 CD-Rip + Scans 60s 1969 90s 1992
Details 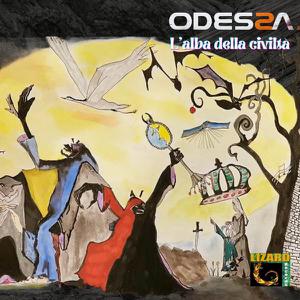 A great return for the Italian prog band Odessa, expected for thirteen years from the previous "The final day - il giorno del giudizio", twenty-three years after the acclaimed "Stazione Getsemani". "L'alba della civiltà"" shows all the best qualities already expressed by the Marches band: extraordinary versatility in its hard-progressive dynamics of Italian seventies sound, forays into "purple" way, jazz disgressions, romantic traits, but especially notable expressive, rhythmic and melodic brilliance. It is no coincidence that among the covers already proposed by Odessa there are Area, Rovescio della Medaglia, Trip, and this time, surprisingly, comes "L'anno, il posto, l'ora 1972", a song by Pooh of the symphonic period "Parsifal", with the particularity of going to propose the version never officially finished in their discography (there is only an old live document)… 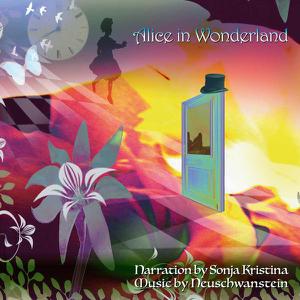 "Alice In Wonderland" is a 40 minutes-long piece of work, obviously based on the famous book by Lewis Carroll. It confirms Neuschwanstein's significant importance in German rock history: the band succeeded, from the beginning, in creating a fluid and refined music, intense and suggestive, typical of the creative enthusiasm of the early Seventies. Usually structured around the keyboards parts, the music often underlines vivid and very refined piano pieces. With its strong melodies, its airy and dynamic flute soli, its dreamlike atmospheres, and the subtlety of the guitar effects, influenced by Steve Hackett's style, "Alice In Wonderland" easily takes its place among the best contemporary works of Camel or Focus. 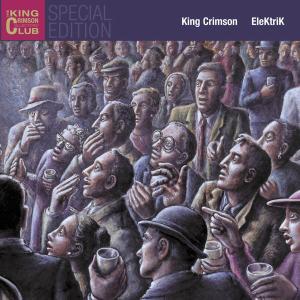 This audio-only companion to the Eyes Wide Open double-DVD package features King Crimson performing at Kouseinenkin Hall in Tokyo, Japan, on April 16, 2003. The quartet of Adrian Belew (guitar/vocals), Robert Fripp (guitar), Trey Gunn (Warr guitar/fretless Warr guitar), and Pat Mastelotto (drum traps/buttons) is a neo-progressive and practically industrial-sounding force to be reckoned with, emerging from the fraKctionalization of the double-trio version of the group - which also included contributions from Bill Bruford (percussion) and Tony Levin (bass/Chapman stick). Now pared down to its essence, the band is leaner and able to effortlessly maneuver through some of the most challenging material to bear the King Crimson moniker… 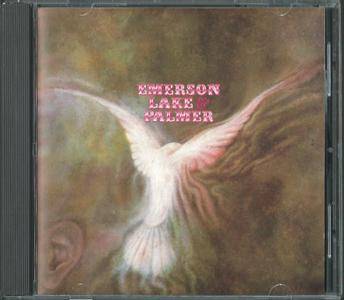 Lively, ambitious, almost entirely successful debut album, made up of keyboard-dominated instrumentals ("The Barbarian," "Three Fates") and romantic ballads ("Lucky Man") showcasing all three members' very daunting talents. This album, which reached the Top 20 in America and got to number four in England, showcased the group at its least pretentious and most musicianly – with the exception of a few moments on "Three Fates" and perhaps "Take a Pebble," there isn't much excess, and there is a lot of impressive musicianship here. "Take a Pebble" might have passed for a Moody Blues track of the era but for the fact that none of the Moody Blues' keyboard men could solo like Keith Emerson. 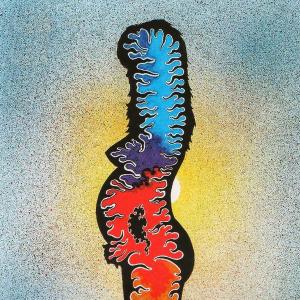 Swedish band Life was founded in 1970 by Tomas Rydberg, Anders Nordh and Paul Sundlin, the latter two also know for their work in 60's band Trolls. Inspired by bands such as Tear Gas and Leafhound they explored a form of progressive hard rock, and produced one full length album in 1970 followed by two 7 inch singles in 1970 and 1971 respectively. Their album was actually issued in bilingual versions - one Swedish version for the home market and an English one for the buying audience in the rest of the world. Life fell apart in 1972 though, for one reason or another. 34 years later Life reunited, initially to prepare for a jubilation concert. 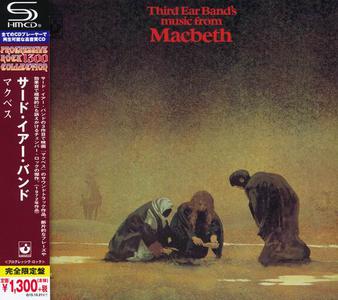 Their score for Roman Polanski's Macbeth film required the group to work in a somewhat more constricted format. So instead of lengthy hypnotic drones, this album's split into 16 separate pieces, some of them quite short. It's consequently not as reflective of their highest ambitions as the Third Ear Band album, and loses a bit when placed out of context from the Shakespeare classic. It still works reasonably effectively on its own, conjuring appopriately ominous Elizabethean moods, with the surprise addition of (uncredited) female vocals on one track. 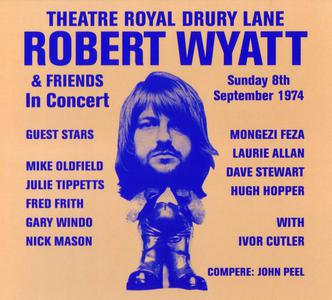 Recorded on September 8, 1974, this set features Robert Wyatt (post-accident) with a slew of mates, including Ivor Cutler! Introduced by John Peel and recorded by the BBC - only a little over half the concert survives - this is a wild, freewheeling document featuring Wyatt, Cutler, and Julie Tippetts on vocals; Dave Stewart and Tippetts on keyboards; alternate drummers Nick Mason and Laurie Allan; Hugh Hopper on bass; Fred Frith on guitar, violin, and viola; the late Mongezi Feza on trumpet; the late great Gary Windo on reeds; and guitarist Mike Oldfield. It's quite a lineup and an awesomely inspiring performance. Wyatt is in excellent form here, and the bandmembers, who are a bit ragged in places, are nonetheless tight and full of fire…