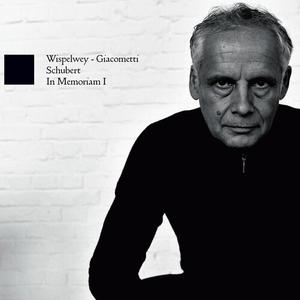 The first of two discs by Pieter Wispelwey that will be released in 2023 is a re-assembling of previously released recordings of works by Schubert. This short series entitled In Memoriam is inspired by a grave loss Pieter suffered recently.The disc includes Schubert's masterpieces for violin and piano, transcribed for cello and the most famous Trockne Blumen, originally for flute. To accompany Pieter on piano is his faithful musical companion Paolo Giacometti. "Half a year before my sixtieth birthday my family and I suffered a massive, tragic blow, when my son, Dorian, died. While still shaken to my foundations, a way forward seems to me to be to allow music to play a constructive and healing role. So I have recorded Bach's Fifth Suite and Kodaly's Solosonata to form the Scordatura Album for an October In Memoriam II release. 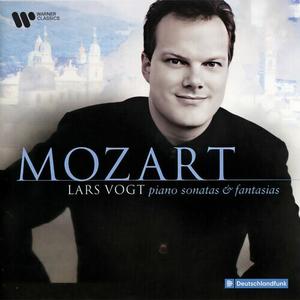 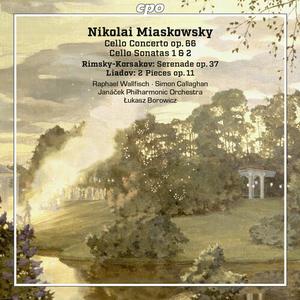 Raphael Wallfisch, Simon Callaghan - Myaskovsky, Lyadov & Rimsky-Korsakov: Cello Works (2023)
FLAC (tracks), Lossless / MP3 320 kbps | 1:16:41 | 348 / 175 Mb
Genre: Classical / Label: CPO
Raphael Wallfisch is one of the leading English cellists of his generation. His repertory is vast, taking in 19th century staples by Tchaikovsky, Brahms, and Dvorák, as well as 20th century standards by Prokofiev, Shostakovich, Respighi, and Barber. Yet he has also focused much attention on works by British composers, too, from Elgar, Delius, and Bax to Maxwell Davies, MacMillan, Simpson, and Tavener. Wallfisch has recorded extensively for many labels, including Chandos, Nimbus, and Naxos. Wallfisch was born in London on June 15, 1953.
CPO FLAC Lossless MP3 Any Live Compilaton 2021 2023 2022 Various Artists Classical Classical Music
Details 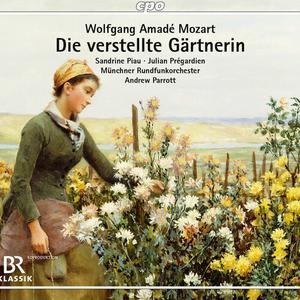 Wolfgang Ablinger-Sperrhacke, Julian Pregardien, Lydia Teuscher, Sandrine Piau - Mozart Die verstellte Gartnerin, K. 196 (2023)
FLAC (tracks), Lossless / MP3 320 kbps | 3:08:04 | 944 / 434 Mb
Genre: Classical / Label: CPO
5 years ago the Munich Radio Orchestra under Andrew Parrott performed Mozart's Singspiel 'Die verstellte Gärtnerin' - the rarely performed German version of 'La finta gardiniera', which can now finally be released on cpo. A top cast is assembled here: Sandrine Piau, Lydia Teuscher and Julian Prégardien, among others. When this opera was premiered, Mozart was 19 years old - an age at which most composers had not even begun. Wolfgang Amadeus' career as a musician - and as a composer - had been in full swing for several years, however. The work belongs to the genre of opera buffa, within which it follows the type of opera semiseria (half opera) popular at the time. Accordingly, in addition to buffa parts, there are also semi-seria parts and even a pure seria part. The music is of great richness. Mozart shows himself here as a true master of opera buffa. At the same time, the music already points beyond these to masterpieces such as Le nozze di Figaro and Don Giovanni. The first two acts of the opera contain large-scale, effective finales.
CPO Classical Classical Music FLAC Lossless MP3 Any Live Compilation Various Artists 2021 2023 2022
Details 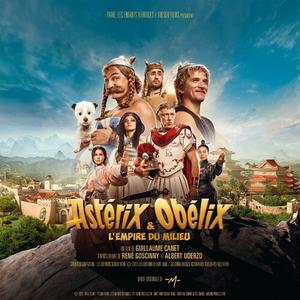 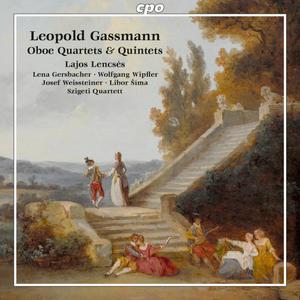 Szigeti Quartet, Lajos Lencses - Gassmann: Oboe Quartets & Quintets (2023)
FLAC (tracks), Lossless | 66:47 | 263 Mb
Genre: Classical / Label: CPO
While Lajos Lencses may not be widely known to the average classical concertgoer or record buyer, he is generally considered one of the most talented oboists in Europe. He has appeared on over 30 recordings and has actively promoted contemporary music for the oboe. Lencses is not only a virtuoso oboist but is equally talented on the oboe d'amore and English horn. While he has attained nearly the level of acclaim of iconic oboist Heinz Holliger, Lencses has chosen to balance his career as a soloist by remaining the first chair oboist in the Stuttgart Radio Orchestra. His repertory is amazingly broad, taking in works by J.S. Bach, Vivaldi, Cimarosa, Handel, Rosetti, Mozart, Dittersdorf, Bellini, Koechlin, Nielsen, Françaix, Martinu, and contemporary Hungarian composers Sandor Balassa, Frigyes Hidas, and Josef Soproni. Stylistically, he is known for his ingratiating tone, lyrical sensibilities, and brilliant technique. Lencses has recorded for a variety of labels, including Hänssler Classics, Hungaroton, MD&G, Capriccio, CPO, and Bayer.
CPO Classical Classical Music FLAC Lossless MP3 Any Live Compilation Various Artists 2021 2023 2022
Details 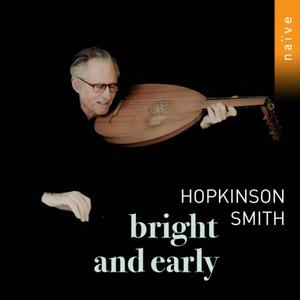 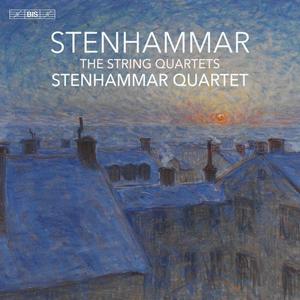 Stenhammar Quartet - Stenhammar: The String Quartets (2023)
FLAC (tracks), Lossless | 3:21:09 | 881 Mb
Genre: Classical / Label: BIS
Wilhelm Stenhammar was one of the most versatile Swedish composers of his generation. In addition to writing two operas, two symphonies and two piano concertos, he produced a large number of songs, piano music and a violin sonata. The string quartet genre is a central one in his œuvre. An important precondition for this was his long-standing collaboration with the violinist Tor Aulin and his string quartet, the Aulin Quartet, with which Stenhammar worked closely as a pianist. ‘The Aulins’ concerts in Stockholm’, Stenhammar wrote during the winter of 1896, ‘are an undertaking that is closer to my heart than any other of this kind, and it is no exaggeration if I say that I long for each new concert, and that it is a real sacrifice for me if I am forced to miss one of them. I don’t know if you understand this, but I believe that you will grasp my feelings when I say that for me that the Aulin Quartet is, and with every passing day becomes all the more, the incarnation of everything exalted that I know in the world of music – not ideal, I grant – but, perhaps even because of its imperfections, all the more cherishable. With every day, every hour that passes I feel more strongly that I would not voluntarily give this up, that it would be the last thing that I would abstain from. It has educated me, it has turned me into a musician, I need it and love it.’
BIS FLAC Lossless MP3 Any Live Compilation Various Artists Classical Classical Music
Details 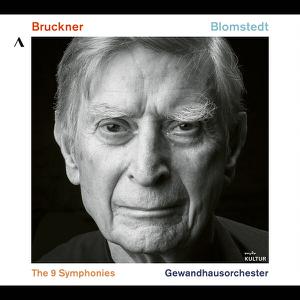 Herbert Blomstedt - Bruckner: The 9 Symphonies (2023)
FLAC (tracks), Lossless | 4:02:00 | 0,99 Gb
Genre: Classical / Label: Accentus Music
Conductor Herbert Blomstedt is a member of the top rank of modern conductors, having held long-term music directorships in both Europe and the U.S. Specializing in Romantic and early 20th century repertory, he has recorded a substantial body of work and has remained active into great old age. Blomstedt was born on July 11, 1927, in Springfield, Massachusetts, but his parents were Swedish, and they returned to their home country when Blomstedt was four. He grew up partly in Finland. His mother gave him piano lessons, and he took courses at the Royal College of Music in Stockholm while pursuing a general degree at the University of Uppsala. Drawn to conducting, he traveled to Paris for lessons with Igor Markevitch. This phase of Blomstedt's education laid the groundwork for his later versatility as a conductor as he studied contemporary music in the fertile city of Darmstadt in 1949, took pioneering classes in Baroque music with Paul Sacher at the Schola Cantorum Basiliensis in Switzerland, and took lessons at the Juilliard School in New York with Jean Morel, and with Leonard Bernstein at the Tanglewood Festival in Massachusetts. Blomstedt's career was launched as he won the Koussevitsky Conducting Prize in 1953 and the Salzburg Conducting Competition in 1955.
Accentus Accentus Music Classical Classical Music FLAC Lossless MP3 Any Live Compilation Various Artists 2021 2023 2022
Details 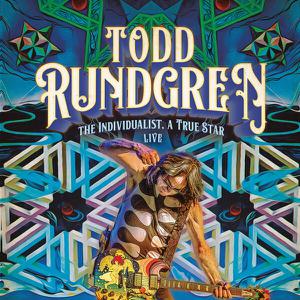 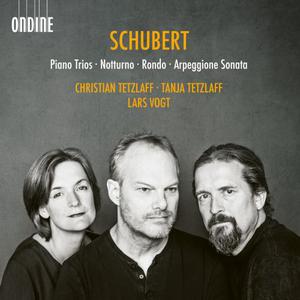 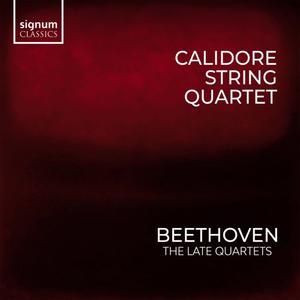 Calidore Quartet - Beethoven Quartets, Vol. 1: Late String Quartets (2023)
FLAC (tracks), Lossless +Booklet | 3:23:43 | 867 Mb
Genre: Classical / Label: Signum Classics
The Calidore Quartet begin their new cycle of Beethoven's complete String Quartets with the Late Quartets, a 3-volume set of Opp. 127, 130, 131, 132, 133 & 135. Performances of the Calidore String Quartet are renowned for their “deep reserves of virtuosity and irrepressible dramatic instinct” (New York Times). Their unique “balance of intellect and expression” (Los Angeles Times) is complemented by the feeling that “four more individual musicians are unimaginable, yet these speak, breathe, think and feel as one” (Washington Post). After over a decade of performances and residencies in the world’s most esteemed venues and festivals, the release of numerous critically acclaimed recordings and lauded with significant awards, the Calidore String Quartet is recognized as one of the world’s foremost interpreters of a vast repertory; from the cycles of quartets by Beethoven and Mendelssohn to works of celebrated contemporary voices like Grygory Kurtag, Jörg Widmann and Caroline Shaw.
Signum Classics Signum Records Classical Classical Music FLAC Lossless MP3 Any Live Compilation Various Artists 2021 2023 2022
Details 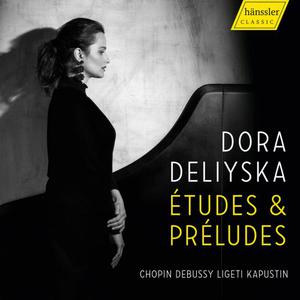 Dora Deliyska - Chopin, Debussy, Ligeti & Kapustin: Etudes & Preludes (2023)
FLAC (tracks), Lossless +Booklet | 1:19:36 | 242 Mb
Genre: Classical / Label: haenssler CLASSIC
”It was an exciting and challenging process to record the complex structure of 24 études and préludes. Some of the etudes belong to the most difficult pieces in piano literature, and the préludes have intense musical potential. I decided to record the pieces over a short period of time, in order to keep the spontaneity of the interpretation. I am very thankful to the Teldex Team (René Möller and Jakob Bötcher) and the piano technician Gerd Finkenstein for sharing this musical experience together, and creating an exciting recording.“
haenssler CLASSIC Classical Classical Music FLAC Lossless MP3 Any Live Compilation Various Artists 2021 2023 2022
Details 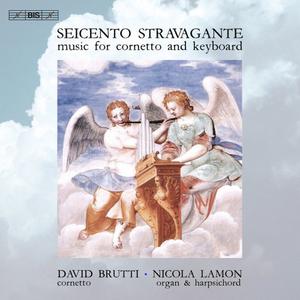 David Brutti & Nicola Lamon - Seicento stravagante: Music for Cornetto & Keyboard (2023)
FLAC (tracks), Lossless +Booklet | 63:48 | 304 Mb
Genre: Classical / Label: BIS
How to express emotion through music from which words are absent? This album attempts to give an answer to this question. Through works by Italian composers from the late 16th and early 17th centuries, the two members of Seicento Stravagante, David Brutti and Nicola Lamon, demonstrate the extravagant styles of early baroque music. During the decades surrounding 1600, the dominance of the human voice and of texts came to be replaced by the unfettered imagination of the composer/instrumentalists that allowed instruments to ‘speak’ on their own, and not only support a sung text.
BIS FLAC Lossless MP3 Any Live Compilation Various Artists 2022 2023 2021 Classical Classical Music
Details 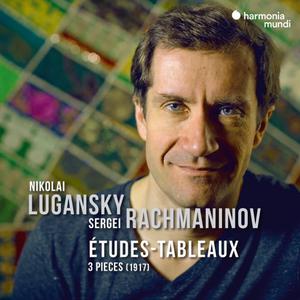