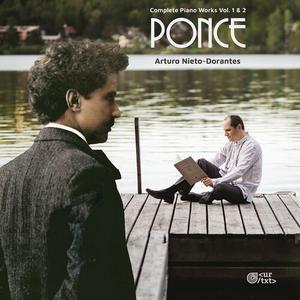 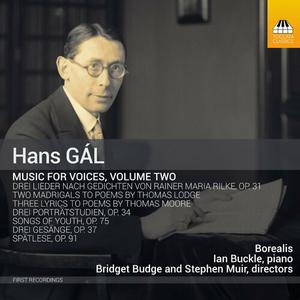 Whether in his original home of Vienna, as a conservatoire director in Germany, or as an émigré in Edinburgh, where he became one of the mainstays of musical life, Hans Gál (1890-1987) championed choral singing as a way of directly involving people in making music: he founded and conducted a number of choirs and provided an extensive output of choral compositions.This second album of Gál’s choral music offers a vivid cross-section of his music for chamber choir, featuring mixed voices, women’s voices and male-voice choir, both a cappella and with piano, and ranging across four decades. 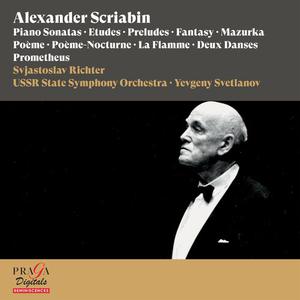 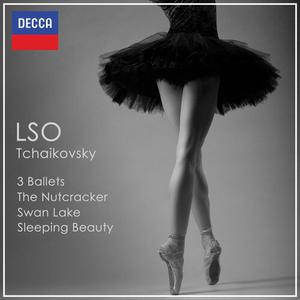 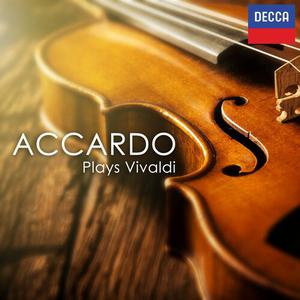 Salvatore Accardo - Accardo Plays Vivaldi (2022)
FLAC (tracks), Lossless / MP3 320 kbps | 5:13:46 | 719 Mb / 1,64 Gb
Genre: Classical / Label: Decca
Salvatore Accardo is an outstanding Italian violin virtuoso, best known as a master of the works of Niccolò Paganini, but equally accomplished across a wide variety of repertory for the instrument. His playing is characterized by a taut, visceral tone and a disciplined musical approach that avoids self-indulgence. Having also established himself as a successful conductor, chamber musician, and teacher, Accardo may be considered one of the most accomplished and influential musicians of his generation. Accardo was born in the northern Italian town of Turin, but as a teenager he went to Naples to study violin at the Conservatorio di San Pietro a Majella; it was there, at the age of 13, that he gave his first performance of the devilish Caprices of Paganini, beginning a lifelong association with that music. He later studied in Siena, at the Accademia Musicale Chigiana.
Decca Decca Music Group Ltd. Classical Classical Music FLAC Lossless MP3 Any Live Compilation Various Artists 2020 2021 2022
Details 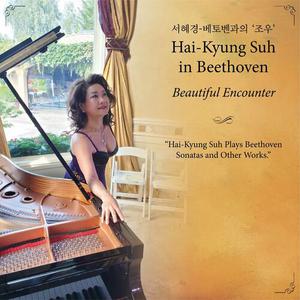 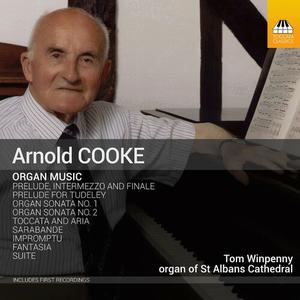 Tom Winpenny - Cooke: Organ Music (2022)
FLAC (tracks), Lossless / MP3 320 kbps | 1:20:58 | 185 / 258 Mb
Genre: Classical / Label: Toccata Classics
The music of Arnold Cooke, born in Yorkshire in 1906, had already fallen into neglect by the time of his death 99 years later. Cooke was a prolific composer, with two operas, six symphonies, numerous concertos and a generous amount of chamber music to his credit – nor did he neglect the organ, as this album of his major organ pieces reveals. Cooke’s style owes much to his teacher, Hindemith, not least since both men were natural contrapuntists, although there are also points of contact with Bartók and Shostakovich, and occasional touches of Walton’s ceremonial sparkle and no-nonsense grandeur.
Toccata Classics Classical Classical Music Toccata Next Any Live Compilation Various Artists 2020 2021 2022 FLAC Lossless MP3
Details 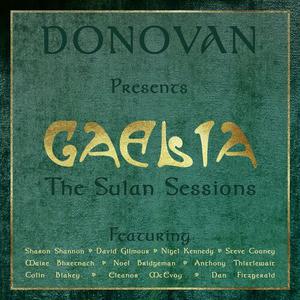 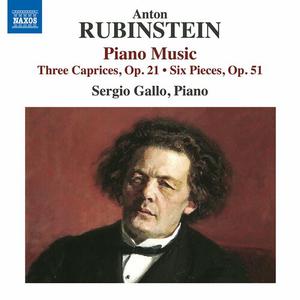 Sergio Gallo - Anton Rubinstein: Piano Music (2022)
FLAC (tracks), Lossless / MP3 320 kbps | 1:12:21 | 197 / 165 Mb
Genre: Classical / Label: Naxos
Anton Rubinstein occupied an uneasy place in the history of Russian music, largely because of his Jewish origins and the perception of him as a "German in Russia". In recent years his solo piano music has begun to be re-evaluated. This album focuses on the series of works written in the mid-1850s and reveals music of charm and flair. The Three Pieces, Op. 16 are conventional in form but attractive, and the Two Pieces, Op. 28 contain a strongly contrasted Nocturne and Caprice. More ambitious, and intended to be performed in his concert repertoire as one of the greatest virtuosos of the age, are the Six Pieces, Op. 51.
Naxos Classical Classical Music FLAC Lossless MP3 Any Live Compilation Various Artists 2020 2021 2022
Details 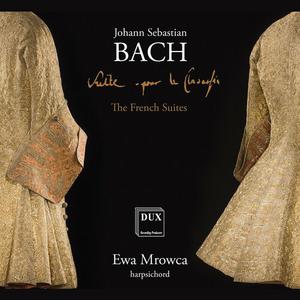 ewa Mrowca - Bach: The French Suites (2022)
FLAC (tracks), Lossless / MP3 320 kbps | 1:49:09 | 722 / 251 Mb
Genre: Classical / Label: DUX
DUX presents here the six Bach's suites for harpsichord, called "French Suites", in a new beautiful interpretation.
This series of works, highly appreciated by experts and music lovers, has survived to our times in numerous copies prepared by the students and epigones of the Master from Leipzig. He himself probably did not even plan to create such a cycle, nor did he use its current name. These works were initially to serve as a study of the genre to improve the artistic taste and the harpsichord performance, among others, of the second wife of the composer – Anna Magdalena Bach. The French performance style, which became popular in this part of Europe in the time of Bach, was well-known to the composer thanks to his extensive musical contacts. The form of suite, consisting of a series of stylized court dances, perfectly suited the harpsichord texture, and the result were artistic and at the same time light compositions, corresponding to the tastes of both 17th-century connoisseurs and today’s lovers of beautiful music.
DUX Classical Classical Music FLAC Lossless MP3 Any Live Compilation Various Artists 2020 2021 2022
Details 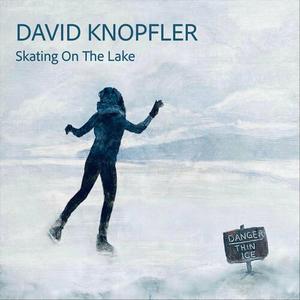 David Knopfler - Skating On The Lake (2022)
FLAC (tracks), Lossless / MP3 320 kbps | 1:08:24 | 155 / 370 Mb
Genre: Rock Folk / Label: Dormant Music Ltd
It's never easy to be the sibling of a star when you're active in the same profession – ask Joey Travolta or Frank Stallone, and try to find out what happened to John Murray, one of Bill's brothers. Similarly, David Knopfler, younger brother of Dire Straits frontman Mark Knopfler, has often remained in his brother's shadow, unfairly remaining a footnote in the famous British band's history and not always gaining much recognition for his solo work – provided people know he's remained active in music at all.
Rock Pop Pop Rock Folk 2020 2021 2022 Any Live Compilation Various Artists FLAC Lossless MP3
Details 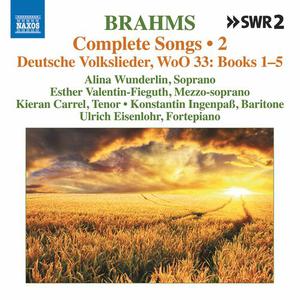 Alina Wunderlin, Esther Valentin-Fieguth, Kieran Carrel, Konstantin Ingenpaß, Ulrich Eisenlohr - Brahms: Complete Songs Vol.2 (2022)
FLAC (tracks), Lossless / MP3 320 kbps | 1:26:27 | 198 / 312 Mb
Genre: Classical / Label: Naxos
Brahms was opposed to the Lied cultivated by the "New German" circle of composers around Franz Liszt who developed it into a highly artificial art form. In the books of the 49 Deutsche Volkslieder Brahms discovered a repository of dialogue songs, narrative ballads, laments, and songs of disputation and love, some tragic, others comic, that appealed to his need for authenticity. The book from which he sourced the songs had a printed text and melody, so Brahms’ artistic contribution lay in his richly varied piano accompaniments which subtly comment, heighten, inflect or expand on the texts.
2020 2021 2022 Any Classical Classical Music Compilation FLAC Live Lossless MP3 Naxos Various Artists
Details 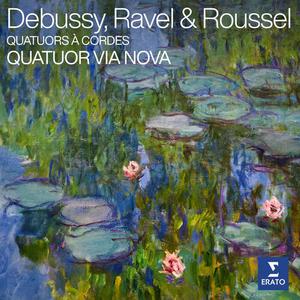 Quatuor Via Nova - Debussy, Ravel & Roussel: Quatuors à cordes (2022)
FLAC (tracks), Lossless / MP3 320 kbps | 1:14:41 | 360 / 171 Mb
Genre: Classical / Label: Warner Classics
The Quatuor Via Nova was one of the leading French string quartets in the 1970s and 1980s, having featured such renowned figures as Roland Pidoux and Gérard Caussé. Though their repertoire was eclectic, they particularly excelled in the French late romantic and modern music, as brilliantly demonstrated by this collection of works by Ravel, Roussel and Debussy.
Warner Classics Classical Classical Music FLAC Lossless MP3 Any Live Compilation Various Artists 2020 2021 2022
Details 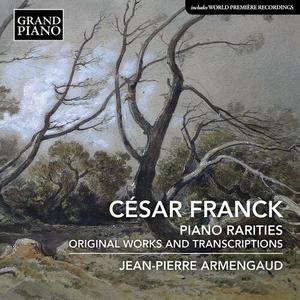 Jean-Pierre Armengaud - Franck: Piano Rarities - Original Works & Transcriptions (2022)
FLAC (tracks), Lossless / MP3 320 kbps | 68:48 | 190 / 157 Mb
Genre: Classical / Label: Grand Piano
Few composers have enjoyed a late flowering to compare with that of César Franck. Many of the great works in this recording were composed during his final decades and still stand today as powerful representatives of French music in the post-Franco-Prussian War period. The influence of Wagner can be heard in the poetic evocations of Les Éolides, while the magnificent Prélude, Choral et Fugue, much admired by Liszt, reinterprets well-known Baroque-era genres into an unforgettably expressive Romantic aesthetic. Widely acknowledged as one today’s great interpreters of French music, Jean-Pierre Armengaud presents an album of rarities composed for piano by Franck and arrangements of the composer’s works by distinguished musicians from the early 20th century.
Grand Piano Classical Classical Music Piano 2021 2022 2020 Any Live Compilation Various Artists FLAC Lossless MP3
Details 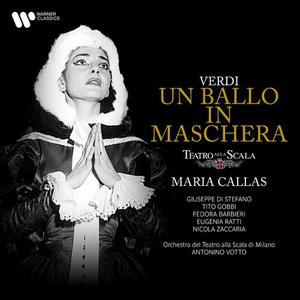 Maria Callas - Verdi: Un ballo in maschera (2022)
FLAC (tracks), Lossless / MP3 320 kbps | 2:11:00 | 322 / 276 Mb
Genre: Classical / Label: Warner Classics
December 2nd is the birthday of Maria Callas, meaning that we are now exactly one year before her centenary. We are eagerly anticipating those celebrations! This year, we mark the date with the release of the first Verdian opera of our Teatro alla Scala retrospective: Un ballo in maschera. Maria Callas gives an overwhelming performance as Amelia, torn between her love for Riccardo (Giuseppe Di Stefano) and her faithfulness to Renato (Tito Gobbi).
Warner Classics Classical Classical Music FLAC Lossless MP3 Any Live Compilation Various Artists 2020 2021 2022
Details
<<
December 2022