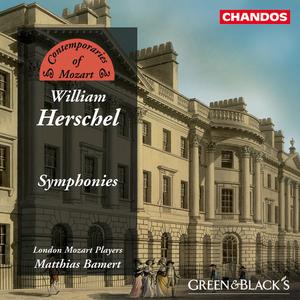 German-born English composer William Herschel (1738-1822) achieved fame as an astronomer, the discoverer of the planet Uranus; but his formal training was musical, and in the early 1760s he composed a series of symphonies, six of which are featured here. They are attractive works in simple forms, all centered on the keys of C or D, scored for continuo, strings, winds, and occasional brass in various combinations. Each has three movements, and none lasts more than about 12 minutes. Not surprisingly, Nos. 14 and 17, which feature horns and timpani, pack the largest punch, and Herschel wrote some surprisingly memorable tunes (particularly in the allegros), making these slight works easy on the ear and, if a touch formulaic in construction, seldom dull. 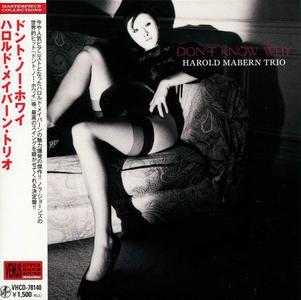 It's difficult not to break into a smile when hearing Harold Mabern play piano, as the hard bop stylist has a knack for giving his all as if he were entertaining an audience, even during a studio date. This trio meeting with bassist Nat Reeves and drummer Joe Farnsworth finds Mabern covering a lot of styles, including a few surprising choices. He takes Peter Brown's disco hit "Dance with Me" into new ground with a brisk arrangement incorporating funk, Latin, and driving post-bop. Jesse Harris' soft ballad "Don't Know Why" was a huge hit for singer/pianist Norah Jones on her platinum-selling CD Come Away with Me, though Mabern infuses it with a brighter tempo and a bit of country flavor, plus just a hint of gospel. For most jazz musicians, it's hard to avoid a modal approach to "My Favorite Things" since John Coltrane reworked it into that setting… 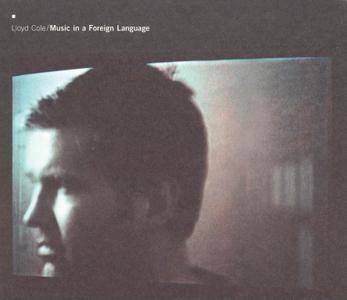 Lloyd Cole's seventh official solo album, Music in a Foreign Language, is his most intimate and low-key yet. He retains Dave Derby from the Negatives and calls in former Commotion Neil Clark to play guitar, but mostly the album has the feel of a solo record. Drawing on the same musical palette that his "lost" album Etc. does (acoustic guitars, restrained drums, and subtle instrumentation), this record succeeds in a way that most of his over-produced previous albums fail to do. This is also the first record on which Cole seems resigned to be an adult balladeer; there are no rock tunes to be found. His voice is as deep and rich as ever, and the lack of huge rock drums and loud guitars allows him to forgo the oversinging trap he sometimes falls into. 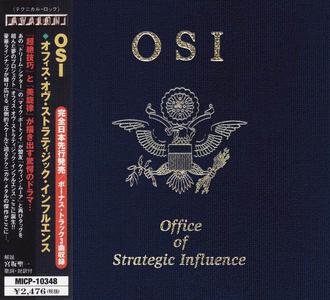 A veritable prog metal "supergroup," O.S.I. - the "Office of Strategic Influence" - was formed by Fates Warning guitarist Jim Matheos, Chroma Key and former Dream Theater keyboardist Kevin Moore, and Dream Theater drummer Mike Portnoy, with help from Gordian Knot bassist Sean Malone. Like similar collaborations, such as Transatlantic or Liquid Tension Experiment (many of which feature the same rotating cast of six or eight talented players), O.S.I.'s debut album is more than the sum of its disparate parts. Office of Strategic Influence masterfully blends '70s-styled progressive rock, heavily influenced by King Crimson and Pink Floyd, with an '80s-era heavy metal aesthetic, and the avant-garde sound of underground indie rockers such as Max Vague… 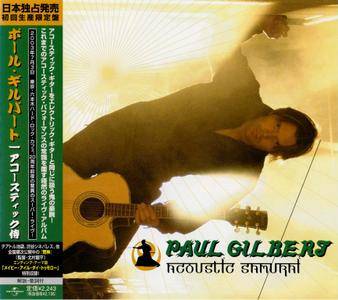 Acoustic Samurai is an acoustic live solo album by Paul Gilbert, guitarist of the heavy metal band Racer X and of the hard rock band Mr. Big. It was recorded live in Tokyo's Hard Rock Cafe and released in 2003. 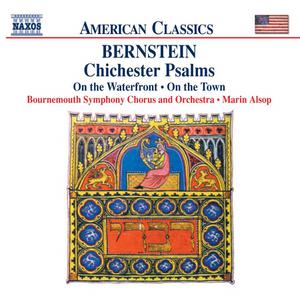 Commissioned in 1965 by the Dean of Chichester, Bernstein’s colourful Chichester Psalms is one of the composer’s most successful and accessible works on religious texts, contrasting spiritual austerity with impulsive rhythms in a contemplation of peace. The composer fashioned his Oscar-nominated score to the 1954 movie On the Waterfront into a symphonic suite, skilfully capturing the oppression of the New York dockyards in the ’50s. The Three Dance Episodes were extracted from the popular On The Town, Bernstein's first successful foray into musical theatre. 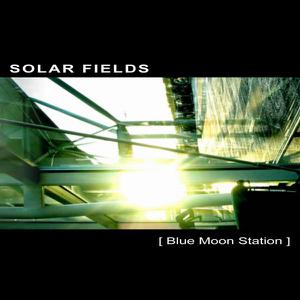 Blue Moon Station is the second full-length album by Swedish producer Magnus Birgersson, aka Solar Fields. These eleven songs were originally released in 2003, and helped building and shaping Solar Fields signature soundscapes. Ambient wide spaces intertwined with synthetic beats ("Infection 268-7") and off-planet drones ("Magnetic Air"), peacefully accompanying you through extra-vehicular activities on Blue Moon Station, wherever in the galaxy it may be. 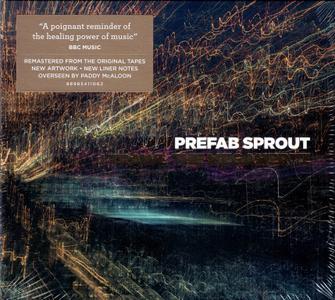 I Trawl the Megahertz, Paddy McAloon's first solo album, is as likely to perplex and infuriate as it is likely to stun and spellbind. Grand, heavily orchestrated, predominantly instrumental, and not the type of thing you put on prior to going out or when you're in the mood for cleaning the house, the record is incredibly powerful – almost too powerful – even when held up against everything from Prefab Sprout's past. The most significant song is the opener; 22 minutes in length, it's nearly elegiac in it its mournful tones played out by a swaying string arrangement and a weeping trumpet. Throughout its duration, Yvonne Connors speaks matter-of-factly – yet dramatically enough to be poignant – as she rifles through fragments of her memory, the most disarming of which reads like this: "I said, 'Your daddy loves you very much; he just doesn't want to live with us anymore.'" 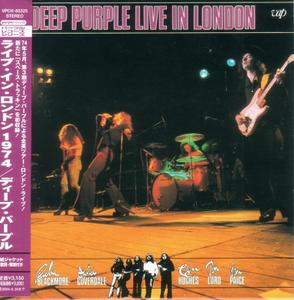 In 1974, Deep Purple were proving detractors wrong who figured that the exit of both singer Ian Gillan and bassist Roger Glover a year earlier would lead the group into an artistic tailspin. But as it turned out, newcomers David Coverdale and Glenn Hughes were worthy replacements, who contributed significantly to two more Purple classics in a single-year span, Burn and Stormbringer. And the "new look Purple" was certainly capable of delivering the goods during their live performances that year, as evidenced by the 2011 archival release, Live in London 1974. Expectedly, the track listing is comprised of then-new tunes (a red hot, set-opening reading of Burn's title track, as well as "Might Just Take Your Life," etc.), plus classics ("Smoke on the Water," "Space Truckin'," etc.). 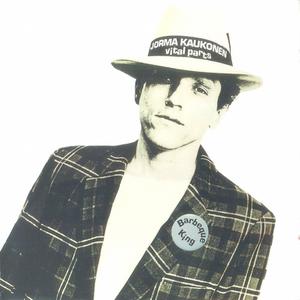 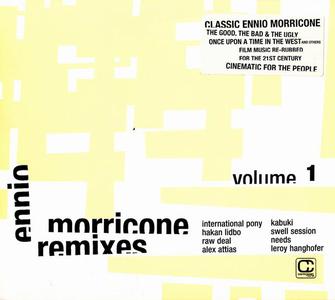 The Compost crew gets their hands on Ennio Morricone for some major remix efforts. On Remixes Vol. 1, International Pony kicks things off with a silly homage ditty, but Alex Attias and Swell Session quickly get things into house territory with their mixes. If you've ever wanted to dance to the harmonica of "Il Buono, Il Brutto, Il Cattivo," now's your chance! And, as expected, Hakan Lidbo goes tech-house blippy on "Alla Serenita." Leroy Hanghofer brings some bright, ringing tones to "Beat N. 3," while Needs offers "Amore Come Dolore" some mellow jazz. Kabuki puts some speedy breaks to "Dal Mare," and the Butti 49 give "Rivoluzione" an Afro-jazz vibe… 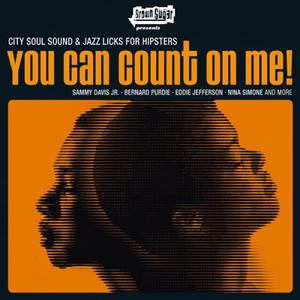 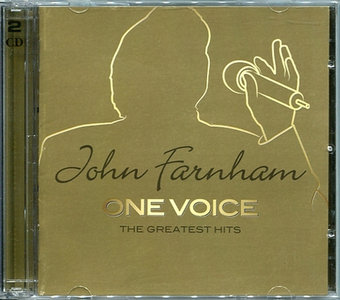 One Voice: The Greatest Hits is a 2 disc greatest hits compilation album by Australian singer John Farnham. The album was released in Australia on 20 October 2003, and was accompanied by a DVD of music videos titled One Voice: The Greatest Clips. It was released to celebrate 35 years of John Farnham's career. This album and subsequent DVD were released by Sony BMG to celebrate 35 years of John Farnham's music being commercially available in Australia. The album reached #2 in the ARIA charts. John Farnham, billed as Johnny Farnham during 1964–1979, is an English born Australian pop singer who has released nineteen studio albums, three extended plays, nineteen compilation albums, six live albums, seventeen video albums, seventy-four singles, twenty-five music videos and twelve soundtracks. 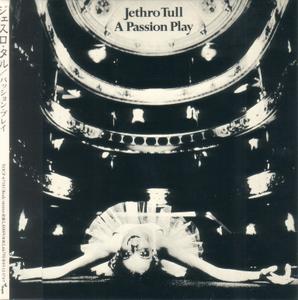 Jethro Tull's second album-length composition, A Passion Play is very different from – and not quite as successful as – Thick as a Brick. Ian Anderson utilizes reams of biblical (and biblical-sounding) references, interwoven with modern language, as a sort of a rock equivalent to T.S. Eliot's The Wasteland. As with most progressive rock, the words seem important and profound, but their meaning is anyone's guess ("The ice-cream lady wet her drawers, to see you in the Passion Play…"), with Anderson as a dour but engaging singer/sage (who, at least at one point, seems to take on the role of a fallen angel). It helps to be aware of the framing story, about a newly deceased man called to review his life at the portals of heaven, who realizes that life on Earth is preferable to eternity in paradise. 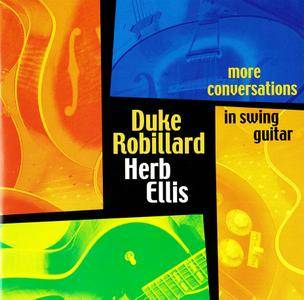 Many improvisers would agree that having the feeling of the blues is a crucial part of jazz expression; however, the jazz and blues worlds don't interact nearly as often as they should. There are jazz musicians who will play Miles Davis' "All Blues" or Charlie Parker's "Parker's Mood" on a regular basis but wouldn't know John Lee Hooker from Little Milton; there are blues artists who are much more likely to work with a rock musician than a jazz musician. So it is a rare treat to hear a blues-oriented guitarist and a jazz-oriented guitarist co-leading a session, which is exactly what happens on More Conversations in Swing Guitar. This 2003 release is a sequel to bluesman Duke Robillard and jazzman Herb Ellis' 1999 encounter Conversations in Swing Guitar, and the CD proves that good things can happen when jazz and blues players interact. More Conversations in Swing Guitar is an album of very blues-minded instrumental jazz – it's hardly a carbon copy of Robillard's work with the Fabulous Thunderbirds, but the bluesman has no problem appearing in a jazz-oriented setting.