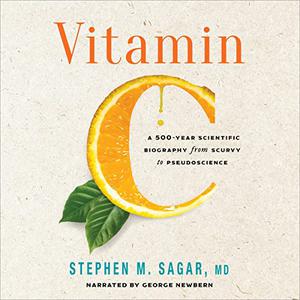 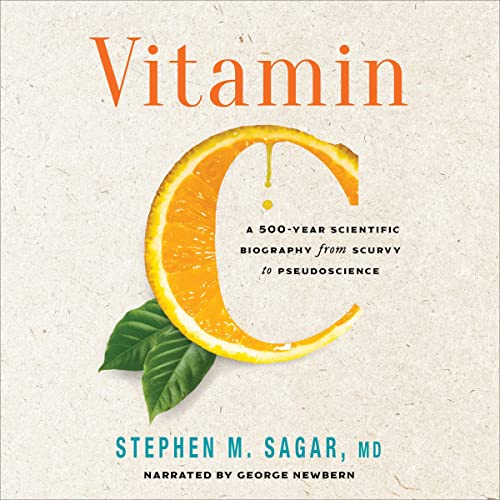 
Vitamin C: A 500-Year Scientific Biography from Scurvy to Pseudoscience is the compelling story of the history and science behind vitamin C. Vitamin C begins with scurvy, which afflicted Europe for four hundred years and killed millions. The reasons that a disease whose cure was known from the outset persisted over that time are at once baffling and familiar, and these trials eventually lead to invention of the science of epidemiology. Author Stephen M. Sagar MD then chronicles the discovery of vitamins at the beginning of the twentieth century, a story that encapsulates the rise of a scientific approach to nutrition but with surprising twists and turns. As vitamin science became more acquainted with the mainstream, scientist Linus Pauling reached new heights of fame and influence by popularizing the practice of taking megadoses of vitamin C to prevent colds–a claim that was not necessarily backed by data. This kickstarted the growth of the $40 billion vitamin and supplement industry, which has since prospered all while ignoring science. This unique and engrossing narrative reveals how medical science functions in the real world and how it has changed over the centuries.
Non-Fiction Science History
<<
December 2022