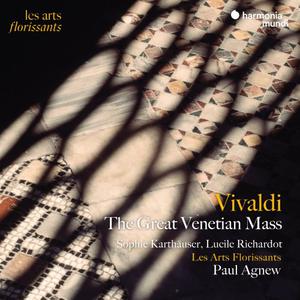 A puzzling paradox: although Vivaldi devoted over 30 years to composing for the Ospedale della Pietà in Venice, no complete musical setting of any liturgy by him has come down to us. By intercalating existing examples of his sacred music (such as the famous Gloria) and other works given a different text to suit their new liturgical function (Sanctus and Agnus Dei), the ensemble Les Arts Florissants now offers us a compelling reconstruction of a solemn Mass which the “Red-Haired Priest” might have written… for just such an assembly of exceptional soloists! 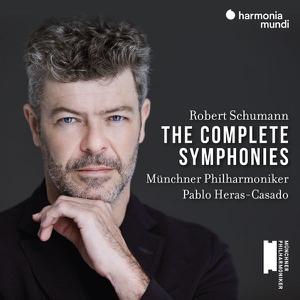 Four symphonies were enough for Robert Schumann to leave his mark. Without allowing himself to be overawed by Beethoven’s shadow, he succeeded from the outset in coining a highly personal idiom, with an astonishing combination of formal rigour and freedom of inspiration. Pablo Heras-Casado and the Münchner Philharmoniker offer their interpretation of this corpus, more mysterious than it appears, which tells of its composer’s passionate and tormented soul. 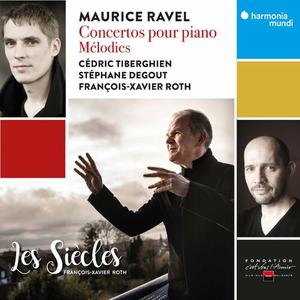 Utilising to the full the unique timbres of their period instruments alongside a superb Pleyel piano of 1892, François-Xavier Roth and Les Siècles explore some of Ravel’s major works. With Cédric Tiberghien and Stéphane Degout, two of the finest specialists in this repertory, this recording provides an opportunity to hear many aspects of his colourful, kaleidoscopic world, from the youthful Pavane to the testamentary cycle Don Quichotte à Dulcinée. 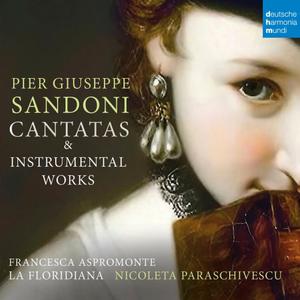 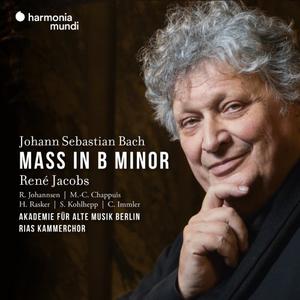 René Jacobs, Akademie für Alte Musik Berlin - Bach: Mass in B Minor, BWV 232 (2022)
FLAC (tracks), Lossless | 1:43:52 | 465 Mb
Genre: Classical / Label: harmonia mundi
A composition as brilliant as it is protean - the earliest sections date back to 1724, others were written in 1733 in the hope of obtaining a post in Dresden - the Mass in B minor occupied Bach until the end of his life. The work, which is more ecumenical than strictly Catholic, offers a digest of his art at its expressive peak: a world in itself. It is an understatement to say that the performers on this recording were eager to revisit it, following their acclaimed interpretations of the two Passions and the Christmas Oratorio.
harmonia mundi Harmonia Mundi Classical Classical Music 2020 2021 2022 Any Live Compilation Various Artists FLAC Lossless
Details 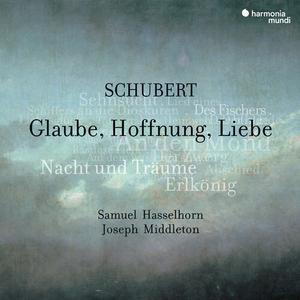 Samuel Hasselhorn, Joseph Middleton - Schubert: Glaube, Hoffnung, Liebe. Lieder (2022)
FLAC (tracks), Lossless / MP3 320 kbps | 1:11:39 | 164 / 242 Mb
Genre: Classical / Label: harmonia mundi
His debut recording devoted to Schumann offered a brilliant opportunity to discover the name of Samuel Hasselhorn, a young baritone deeply invested in the art of lieder. With his collaborator Joseph Middleton, he now turns to Schubert, in an insightful programme evoking some of the themes dear to the Viennese master of song: nature, night-time, parting, absence, and death. Both essential and less familiar songs are featured side by side in this poignant depiction of profound self-reflection that can rank among the most moving examples of what the Romantic temperament has ever produced.
Harmonia Mundi harmonia mundi Classical Classical Music FLAC Lossless MP3 Any Live Compilation Various Artists 2020 2021 2022
Details 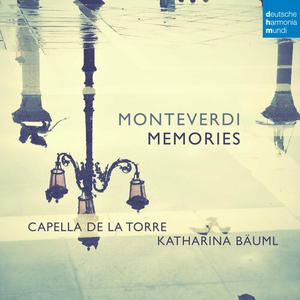 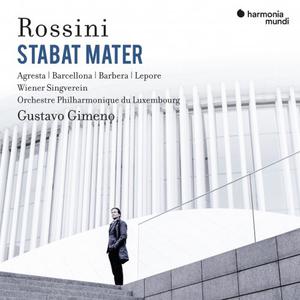 Agresta, Barcellona, Barbera, Orchestre Philharmonique Du Luxembourg - Rossini Stabat Mater (2022)
FLAC (tracks), Lossless +Booklet | 56:18 | 208 Mb
Genre: Classical / Label: harmonia mundi
For their first recording with harmonia mundi, Gustavo Gimeno and the Orchestre Philharmonique du Luxembourg revisit Rossini’s famous Stabat Mater. This work, composed after the premature end of his career in the theatre, has sometimes been criticised for its exuberance and operatic vocal writing. But that is also what makes it a unique and spellbinding work. The team assembled for this recording has perfectly understood this, and dares to present a reading that is as moving as it is exhilarating!
harmonia mundi Harmonia Mundi FLAC Lossless Any Live Compilation Various Artists 2020 2021 2022 Classical Classical Music Classical Music
Details 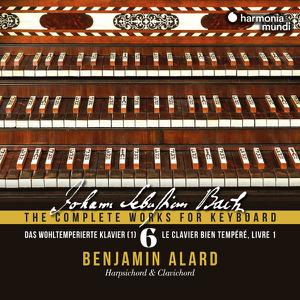 Benjamin Alard - Johann Sebastian Bach: The Complete Works for Keyboard, Vol. 6 ''Das Wohltemperierte Klavier'' (2022)
FLAC (tracks), Lossless | 2:41:33 | 982 Mb
Genre: Classical / Label: deutsche harmonia mundi
After five volumes devoted to the early years of J. S. Bach, up to the Weimar period, Benjamin Alard takes an utterly fascinating approach to the first book of The Well-Tempered Clavier. First he offers the listener an astonishing mental preparation on the clavichord, derived mainly from the Clavier-Büchlein for Wilhelm Friedemann. Then he arranges the preludes and fugues in a new order, and to play his programme he has chosen two instruments for which the word ‘extraordinary’ is not too strong: here is the moment when the glorious Hass family of instrument builders comes on the scene, in a festival of colours and registrations each more breathtaking than the last.
2020 2021 2022 Any Classical Classical Music Classical Music Compilation FLAC harmonia mundi Harmonia Mundi Live Lossless Various Artists
Details 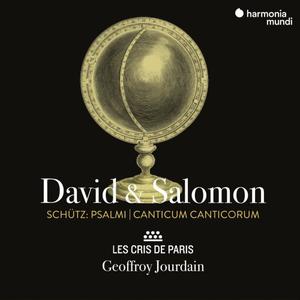 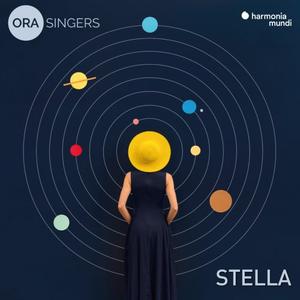 ORA Singers & Suzi Digby - Stella (2022)
FLAC (tracks), Lossless | 1:14:40 | 265 Mb
Genre: Classical / Label: Harmonia Mundi
Spanish composers of the sixteenth century followed a long tradition of writing music in honor of the Virgin Mary. The composer Tomás Luis de Victoria, a priest and a scholar too, wrote multiple settings of devotion to Mary of which this collection showcases some real gems. The album sees Ora Singers continue their series of great renaissance masterworks being reflected by some of the finest choral composers of our present day, all of whom respond in their own unique way to these extraordinary Marian texts.
harmonia mundi Harmonia Mundi Classical Classical Music Classical Music FLAC Lossless 2020 2021 2022 Any Live Compilation Various Artists
Details 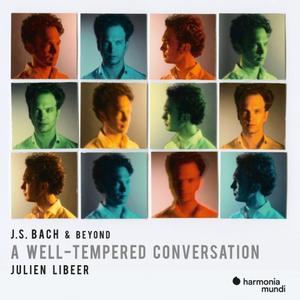 Julien Libeer & Adam Laloum - J. S. Bach & Beyond: A Well-Tempered Conversation (2022)
FLAC tracks | 1:28:43 | 241 Mb
Genre: Classical / Label: harmonia mundi
To mark the 300th anniversary of the publication of Book I of The Well-Tempered Clavier, Julien Libeer had the idea of presenting it in an unusual light: here he initiates a dialogue in which Bach’s major-key prelude-and-fugue pairs "converse" with later pieces (in the corresponding minor keys) by composers who, in their own way, have built upon the advances Johann Sebastian made in his foundational undertaking. Mozart, Beethoven, Chopin, Rachmaninov, Ligeti, and Schoenberg are all part of the conversation with the Leipzig Cantor in this intricate play of mirrors…
harmonia mundi Harmonia Mundi Classical Classical Music FLAC Lossless Any Live Compilation Various Artists 2020 2021 2022
Details 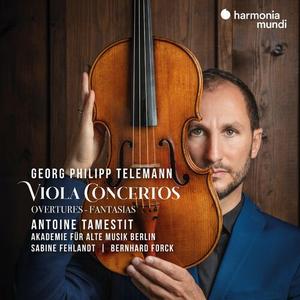 Antoine Tamestit, Akademie für Alte Musik Berlin - Georg Philipp Telemann: Viola Concertos - Overtures - Fantasias (2022)
FLAC tracks | 68:10 | 340 Mb
Genre: Classical / Label: harmonia mundi
Unfixed dimensions, a paucity of repertoire, and that which there was being dull and unchallenging. These were the reasons that, as the violin rose to become the undisputed darling of the solo concerto and trio sonata in early eighteenth-century Italy, the viola became the instrument that no instrumentalist with an ounce of ambition beyond providing middle-voice orchestral padding was going to pick up. So, as much as the world would undoubtedly be a less jolly place without the viola jokes spawned by this ravishingly lovely alto instrument’s ignoble beginnings, we owe a huge debt of gratitude to eighteenth-century Germany, and in particular to Georg Philipp Telemann, for spotting its potential early enough for today’s viola players to nevertheless have some top-drawer Baroque repertoire to sink their teeth into.
harmonia mundi Harmonia Mundi 2022 2021 2020 Classical Classical Music Any Live Compilation Various Artists FLAC Lossless Language Other Language neutral
Details 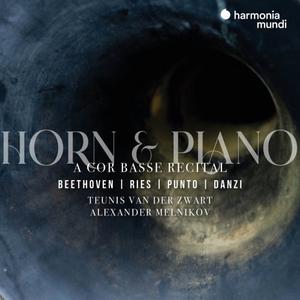 Teunis van der Zwart, Alexander Melnikov - Horn and Piano: A Cor Basse Recital (2022)
FLAC tracks | 1:16:20 | 254 Mb
Genre: Classical / Label: harmonia mundi
Eighteenth century horn virtuoso Giovanni Punto may be an unfamiliar name to most modern music lovers, but in his day he was quite literally being chased around Europe for his talents. Born Jan Václav Stich in 1746, aged twenty he fled the rural Bohemian estate of his employer, Count Thun, in search of a more interesting life – an escape which so infuriated the aristocrat, having spent a fortune sending Stich to perfect his technique in Prague, Munich and Dresden, that he sent soldiers after the young musician with orders to knock out his teeth so he would never play horn again. However Stich evaded Thun’s heavies, made it to Italy, changed his name to Giovanni Punto, and went on to forge a career as a virtuoso player and composer celebrated around Europe for his development of the hand-stopping technique which allows natural horn players to create more notes. Mozart and Beethoven both wrote works for him, and in London he was brought in to instruct the horn players of King George III’s private orchestra.
harmonia mundi Harmonia Mundi FLAC Lossless 2022 2021 2020 Any Live Classical Classical Music Compilation Various Artists Language neutral Language Other
Details 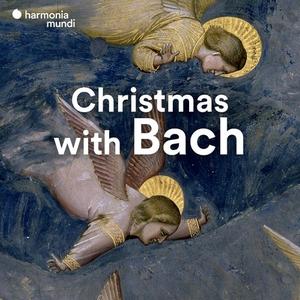