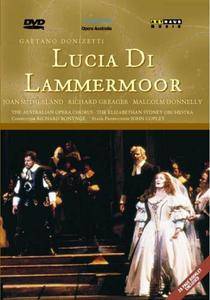 Lucia di Lammermoor catapulted Joan Sutherland to international fame in 1959. It is a role with which her name is now inextricably linked and one which provides a perfect showcase for her remarkable vocal agility and acting ability. Set in the misty moors of Scotland, Lucia di Lammermoor is based on the novel by Sir Walter Scott. It is a tragic tale of star-crossed lovers separated by a family feud. In Gaetano Donizetti's dark, romantic opera, the forces of hate tear the young couple apart, leading to madness and murder. Richard Greager, Malcolm Donnelly, Joan Sutherland. Directed by John Copley, conducted by Richard Bonynge. 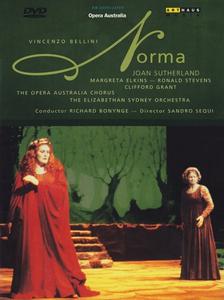 Bellini’s Norma contains one of the most impressive and also most difficult soprano roles in the whole repertoire of opera. Few sopranos can do justice to it. The first of those who have must surely be Maria Callas, considered the outstanding interpreter of the title part. The role, along with Bellini"s opera, was interpreted in a revolutionary fashion by Joan Sutherland (born in Sydney 1926). She is the protagonist in the present recording made at the Sydney Opera House in August 1978. "La Stupenda", as Joan Sutherland was known in musical circles, ended her international career in 1990. The celebrated production by Sandro Sequi, with Fiorella Mariani"s lavish décor and costumes, concentrates entirely on the human destiny of a woman on the edge of her existence. He intelligently brings forth the priestess’ emotional world, hence showing the many facets of Norma"s character.