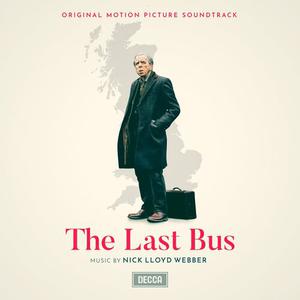 Nicholas Lloyd Webber (born 22 July 1979) is a Grammy nominated English composer and record producer. He is the son of composer Andrew Lloyd Webber and his first wife, Sarah Hugill.
Lloyd Webber is known for scoring the BBC 1 drama Love, Lies and Records (Rollem Productions), a theatrical and symphonic version of The Little Prince based on the book by Antoine de Saint-Exupéry (co-writing with James D. Reid)He scored the film The Last Bus. 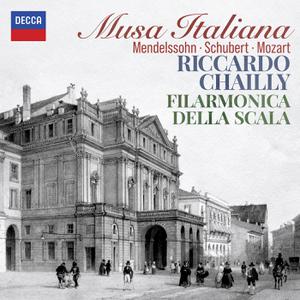 Decca Classics is proud to present the new album from Riccardo Chailly and the Filarmonica Della Scala. Released on 20th May 2022, Musa Italiana celebrates the influence of the “Italian style” on three Austro-German composers: Wolfgang Amadeus Mozart, Franz Schubert and Felix Mendelssohn. 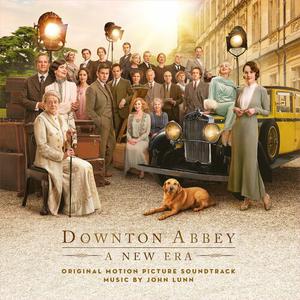 Downton Abbey: A New Era is a 2022 historical drama film and the sequel to the 2019 film Downton Abbey. Both films were written by Julian Fellowes, the creator and writer of the television series of the same name, with the sequel being directed by Simon Curtis, replacing Michael Engler who directed the first film. 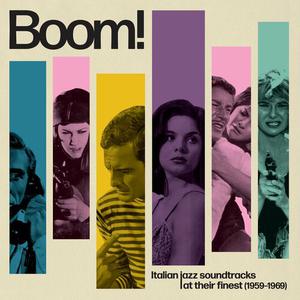 Various Artists - Boom! Italian Jazz Soundtracks At Their Finest (1959-1969) (2022)
FLAC (tracks), Lossless / MP3 320 kbps | 1:09:12 | 391 / 159 Mb
Genre: Soundtrack, Jazz / Label: Decca (UMO) Classics (CAM)
For a whole decade, spanning between the second half of the ’50s and the second half of the ’60s, jazz took over the Italian screens. 33 tracks from the CAM Sugar archive that go beyond music, telling the story of Italian cinema, society and of its unmistakable style and charm. A genre that even when nodding to Californian be-bop, to crime jazz or bossa nova still sounds surprisingly original and Mediterranean, elegant, and seductive, either with joyous peaks or with enigmatic and nearly dramatic nuances. The compilation also offers a precious insight into the Italian jazz scene of the times, with its string of formidable soloists and international stars like Chet Baker and Gato Barbieri.
Decca (UMO) Decca (UMO) (Classics) Decca Music Group Ltd. Pop Jazz Vocal Jazz Easy Listening Instrumental 2020 2021 2022 Compilation Various Artists Soundtrack Soundtracks FLAC Lossless MP3
Details 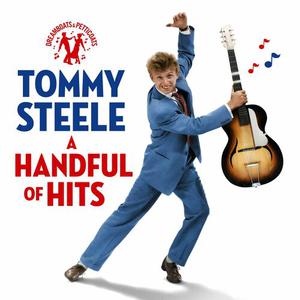 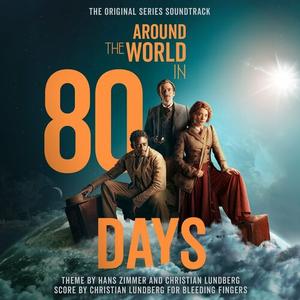 Hans Zimmer, Christian Lundberg - Around The World In 80 Days (2022)
FLAC tracks / MP3 320 kbps | 46:07 | 200 / 105 Mb
Genre: Soundtrack / Label: Decca (UMO) (Classics)
Around the World in 80 Days is a period drama adventure television series based on the 1873 Jules Verne novel of the same name. It was commissioned by the European Alliance, a co-production alliance of France Télévisions, ZDF of Germany, and RAI of Italy, with additional co-production partners of Masterpiece (US) and Be-Films/RTBF (Belgium). It was produced in the UK, France and South Africa, with filming also taking place in Romania. The series first premiered on La Une in Belgium, on 5 December 2021, and later on BBC One in the United Kingdom on 26 December 2021. In November 2021, ahead of the premiere, it was announced the programme had been renewed for a second series.
Decca (UMO) (Classics) Decca Decca (UMO) FLAC Lossless MP3 Television Soundtrack Soundtracks Soundtrack Pop Easy Listening Classical Any Live Compilation Various Artists 2020 2021 2022
Details 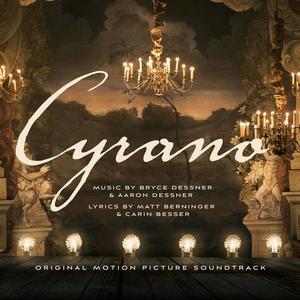 House Of Gucci (Music taken from the Motion Picture) (2021) 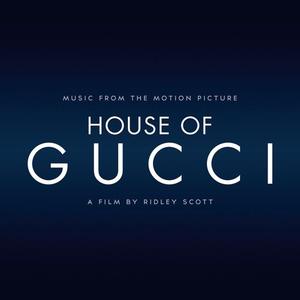 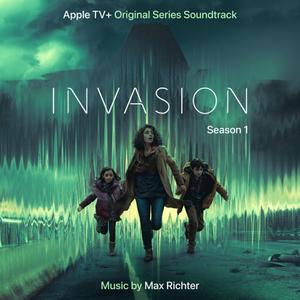 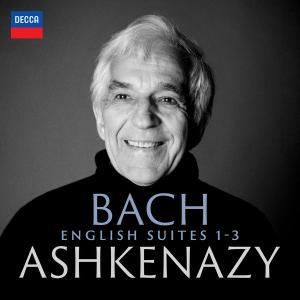 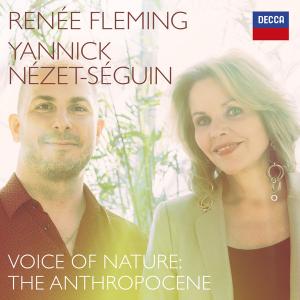 Renée Fleming - Voice of Nature: The Anthropocene (2021)
FLAC tracks | 56:54 | 180 Mb
Genre: Classical / Label: Decca Music Group Ltd.
“With Voice of Nature Fleming has, in the enforced pause of a pandemic, taken the opportunity to look around her, and to examine how art can address some of our shared challenges. She has combined her deep love of the art song with an urgent impulse to heed science alerting us to the climate crisis.” – Charles Isherwood “The music on the album begins in a time almost two centuries ago, when people had a profound connection to the beauty of nature. Now we have reached a moment when we see all too clearly the effects of our own activity, and the fragility of our environment.” – Renée Fleming
Decca Decca (UMO) Classical Classical Music FLAC Lossless Compilation Various Artists Any Live
Details 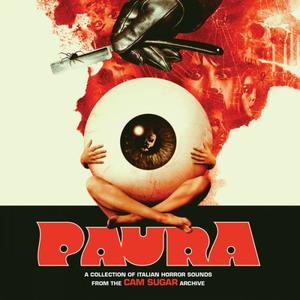 CAM Sugar - PAURA: A Collection Of Italian Horror Sounds From The CAM Sugar Archive (2021)
FLAC tracks | 1:03:30 | 358 Mb
Genre: Soundtrack / Label: Decca (UMO) Classics (CAM)
PAURA explores the horror repertoire from the precious CAM Sugar archives taking us on a hypnotic journey into the labyrinths of fear, through the different variations that Italian horror took on from the esoteric and supernatural to the slasher films of the early 1970s; to reinterpretations of Romantic literature and gothic fiction to the splatter films of the ‘80s; and from witchcraft to metropolitan horror. This is not a real “best of” but an eclectic menu full of mysterious voices, childlike lullabies, sweet melodies, obsessive music boxes, obstinate harpsichords, crazy distortions and threatening synthesizers, conceived as a succession of sequences, as if a film edit. The new collection includes some of the most creative music ever written and strives to do justice not only to some of the best known composers in this genre, but also to many great unsung composers: From celebrated composers like Ennio Morricone, Riz Ortolani & Stelvio Cipriani to long-forgotten personalities who fed the industrial backbone of Italian cinema such as Daniele Patucchi, Marcelo Giombini & Berto Pisano. The collection includes 6 previously unreleased tracks plus 3 tracks released on vinyl for the first time and 5 tracks available commercially for the first time (originally released only as a limited promo item).
2020 2021 Decca (UMO) Pop Soundtracks Television Soundtrack Soundtrack FLAC Lossless Compilation Various Artists Any Live
Details 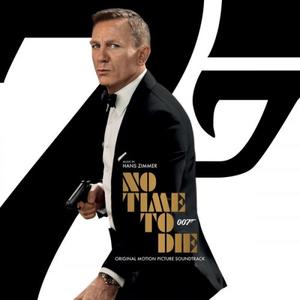 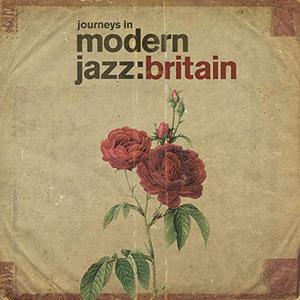 VA- Journeys In Modern Jazz: Britian (2021)
FLAC tracks | 1:27:30 | 536 Mb
Genre: Jazz / Label: Decca (UMO)
A deep dive into the one of most collectable jazz catalogues in the world, a selection of some of the rarest and most sought-after recordings from the 60s and 70s, a time when British jazz began to find its own identity. Drawn from the iconic labels of Decca, Deram, Argo, EMI Columbia / Lansdowne Series, Fontana, Mercury, and Philips.
2020 2021 Decca (UMO) Jazz Vocal Jazz FLAC Lossless Compilation Various Artists Any Live Language neutral Easy Listening Classical
Details 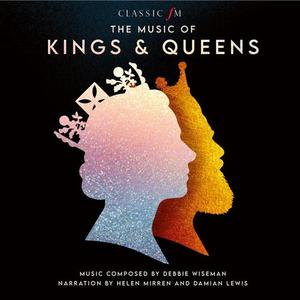 Debbie Wiseman, Helen Mirren, Damian Lewis - The Music Of Kings & Queens (2021)
FLAC tracks / MP3 320 kbps | 1:06:29 | 153 / 281 Mb
Genre: Classical / Label: Decca (UMO) (Classics)
Releasing in celebration of the Queen's 95th Birthday! Through the music of Debbie Wiseman and the spoken word of Helen Mirren and Damian Lewis, the album tells the story of the making of the United Kingdom through 12 of our past monarchs. "We may not remember most of our prime ministers, politicians, military, or even ground-breaking scientists but we will have a good grasp of our kings and queens who have shaped our nation. This is their story and their legacy." - Helen Mirren
Decca (UMO) (Classics) Classical Classical Music MP3 320 CBR Easy Listening Decca (UMO) Live Language neutral 2020 2021 FLAC Any Lossless MP3
Details
Publication archive