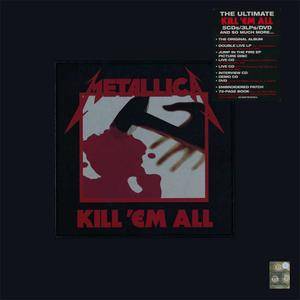 Metallica's debut album Kill 'Em All has been remastered and will now be available as a deluxe boxset including 4LP/5CD/1DVD and includes a book with 64 pages. New essays, never-before-seen phtos, ticket stubs, tracking sheets and a Metallica patchThe true birth of thrash… 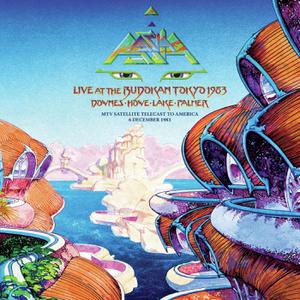 Asia are a multi-platinum selling, global superstar English rock band formed in London 1981. Featuring some of the most important figures of the prog-rock scene, including Georffrey Downes (Yes & The Buggles), Steve Howe (Yes), Greg Lake (ELP) & Carl Palmer (ELP). This incredible performance was the first live broadcast between Japan and MTV and has only ever been released on VHS. 'Asia In Asia - Live at The Budokan, 1983' has now been skillfully remastered and is available on CD for the first time, featuring some of the band's biggest and most recognisable tracks. Including 'Heat of the Moment', 'Only Time Will Tell', 'Sole Survivor' & 'Wildest Dreams'. 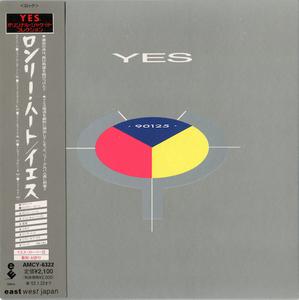 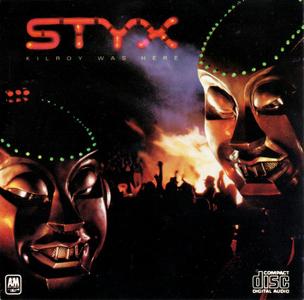 Kilroy Was Here is the eleventh studio album by the rock band Styx, released on February 22, 1983. The album is named after a famous World War II graffito, 'Kilroy was here'. It was the final album of original material to be released by the "classic" lineup of Dennis DeYoung, Tommy Shaw, James "J.Y." Young, John Panozzo, and Chuck Panozzo. The album is certified platinum. As of 2018, it is the last studio album by the band to be certified platinum. 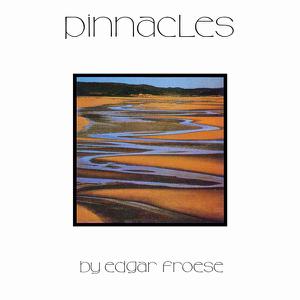 It can be very difficult to write about an artist with a reputation like Edgar Froese (Tangerine Dream). Such thoughts can cloud one's judgment and objectivity. But Froese has not been on the e-music forefront for 40-plus years for nothing. He has stayed there because he is a great musician. Pinnacles showcases his penchant for gentle melodies, heavy sequences, and light atmospheres. This disc is firmly in the middle of the Berlin school, of which Froese is a founder. This CD will appeal to fans of Alpha Wave Movement, Klaus Schulze, Dweller at the Threshold, and Radio Massacre International. It is an important e-music CD. 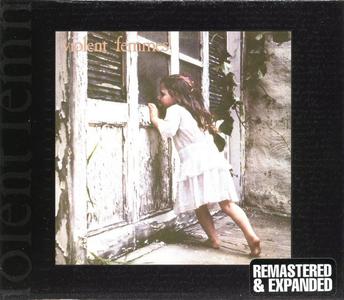 Violent Femmes - Violent Femmes (Remastered Deluxe Edition) (1983/2002)
EAC Rip | FLAC (tracks, cue, log, scans) - 854 MB | MP3 CBR 320 kbps - 348 MB
2:12:43 | Alternative Rock, Interview, Punk | Label: Rhino
This goes beyond the usual "deluxe edition." You get the Femme's 1983 debut LP ( Blister in the Sun; Kiss Off; Please Do Not Go; Add It Up , etc.) plus demos of all of the above and more. That's disc one; disc two has unissued live recordings of Gone Daddy Gone; Promise; Country Death Song; To the Kill; Never Tell , and more by Milwaukee's indie-rock heroes!
Emerging, literally, from the streets of Milwaukee, Wisconsin, where they gained notoriety through busking, this strange trio led by guitarist-vocalist Gordon Gano became a cult favorite with their self-titled debut album in 1983. Influenced greatly by Jonathan Richman's Modern Lovers, the Femmes' minimalist sound pitted Gano's low-volume electric guitar against Brian Ritchie's acoustic bass guitar and Victor De Lorenzo's ashcanlike homemade drum kit–all of which only served to make Gano's angst-ridden adolescent tirades more arresting. Highlights here are the rockabillyish "Gone Daddy Gone," the snotty "Kiss Off," and the emblematically nervous "Blister in the Sun." All in all, a fond reminder of the innocent days of alt-rock. Note: this deluxe, 20th anniversary version of the album includes an additional 26 demos and live tunes, 22 of them never before released.–Billy Altman
1983 2002 CD-Rip CD-Rip + Scans FLAC MP3 Lossless Violent Femmes Alternative Rock Interview Punk
Details 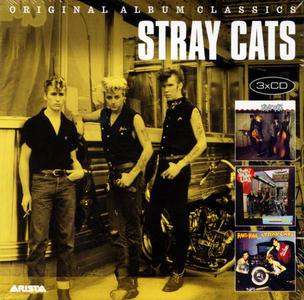 The band who unexpectedly turned old-fashioned rockabilly into a sensation during the height of synthesized new wave.
Sporting bodacious pompadours, tattoos, and leather jackets, the Stray Cats looked like a rockabilly band straight out of central casting. That was by the design of Brian Setzer, Lee Rocker, and Slim Jam Phantom, a trio of Long Island renegades who were attempting to keep the fire of old-time rock & roll burning during the height of punk and new wave. It took some time - and a trip across the Atlantic - for them to succeed, but when they did, it was beyond all expectations… 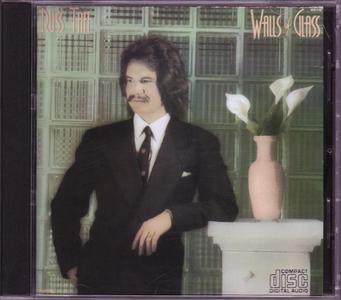 Russ Taff - Walls Of Glass (1983) [1987, Reissue]
Pop/Rock, AOR, Contemporary Christian | EAC Rip | FLAC, Img+CUE+LOG+Scans (PNG) | 42:03 | 470,94 Mb
Label: Myrrh Records (USA) | Cat.# 7016706613 | Released: 1987 (1983)
Russell Taff (born November 11, 1953) is an American gospel singer and songwriter. He has sung a variety of musical styles throughout his career including: pop rock, traditional southern gospel, contemporary country music, and rhythm and blues. He first gained recognition as lead vocalist for the Imperials (1976-1981). One of his best-known performances is the song "Praise the Lord". He has also been a member of the Gaither Vocal Band, and occasionally tours with Bill Gaither in the Gaither Homecoming concerts. As a solo artist and songwriter, Taff is known for the 1980s anthem "We Will Stand".
Pop/Rock AOR Contemporary Christian CD-Rip CD-Rip+Scans 1983 Russ Taff lossless FLAC
Details 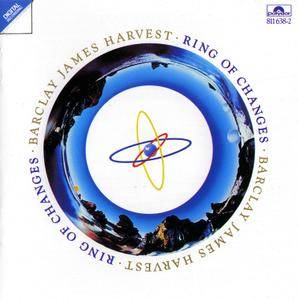 BJH's early exploration of different sounds and styles was well behind them by 1983, and in its place came some pretty standard fare. The songs here are soft rock; Alan Parsons Project type compositions… 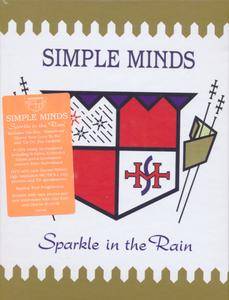 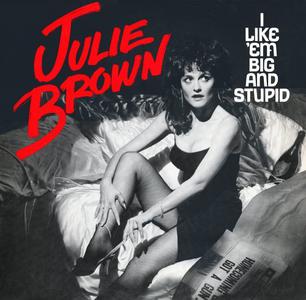 Julie Brown - I Like 'Em Big And Stupid (1983)
FLAC (tracks) - 75 MB
12:21 | Synth-pop, Funk | Label: Bulletz Records
“I Like ‘Em Big and Stupid” was the debut single by comedian and singer Julie Brown. It was self-released by Brown in 1983 in 12-inch and 7-inch vinyl formats. The song is a 1980s-style pop song with comedic lyrics about the protagonist’s desire for a handsome, hunky muscle-stud who is not very bright (or as she sings, “Superman with a lobotomy”). The 12-inch version contained an extended dance mix and the B-side on all releases, “The Homecoming Queen’s Got a Gun”, was played on The Dr. Demento Show, and received airplay on Top 40 and Modern Rock stations around the US in 1984. Both songs appeared that year on Brown’s next release, Goddess in Progress.
Julie Brown 1983 FLAC Lossless Synth-pop Funk
Details 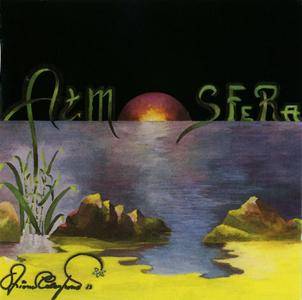 One of Italy's best-loved artists, Adriano Celentano has been equally successful in film and music. Whether singing Elvis Presley-inspired rock, as he did as a member of the Rock Boys in 1957, or romantic balladry, Celentano found a dedicated market for his music… 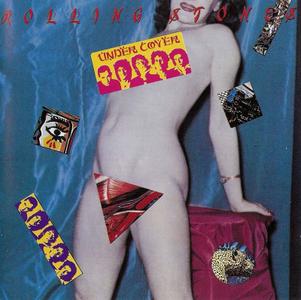 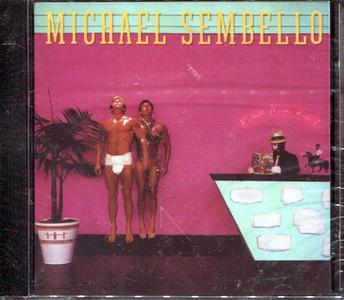 Michael Sembello - Bossa Nova Hotel (1983) [1996, Reissue]
Pop/Rock, Soft Rock, Electronic | EAC Rip | FLAC, Tracks+CUE+LOG+Scans (PNG) | 40:42 | 308,78 Mb
Label: Warner Bros. Records (Germany) | Cat.# 7599-23920-2 | Released: 1996-01-18 (1983-09-25)
"Bossa Nova Hotel" is the debut album of rock singer/guitarist Michael Sembello. The album contained ten tracks including the smash hit "Maniac" from the motion picture Flashdance, which topped the Billboard Hot 100 in September 1983. The album itself peaked at #80 on the Billboard 200. "Automatic Man" and "Talk" were the other singles released from the album. "Automatic Man" had three other versions released on an LP and 45 single (which were the Extended mix, Instrumental mix and Single Version). The version of "Maniac" that appeared on the soundtrack to Flashdance is different from the one that appears on this album. "Maniac" also had remixed and instrumental versions of the song.
Pop/Rock Soft Rock hi-NRG Synth-pop lossless FLAC CD-Rip CD-Rip+Scans 1983 Michael Sembello
Details 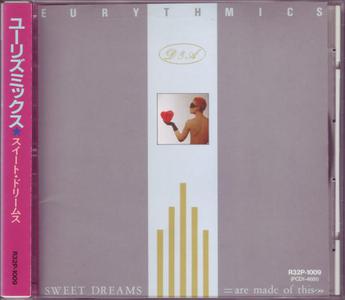 Eurythmics - Sweet Dreams (Are Made Of This) (1983) [1986, Japan]
Pop/Rock, Electronic, Synth-pop | EAC Rip | FLAC, Img+CUE+LOG+Scans (PNG) | 42:37 | 550,92 Mb
Label: RCA/BMG Music (Japan) | Cat.# R32P-1009 | Released: 1986-02-15 (1983-01-04)
"Sweet Dreams (Are Made of This)" is the 2nd studio album by British pop duo Eurythmics, released on 4 January 1983 by RCA Records. After a year and a half of initial commercial failure for Eurythmics, this album became a breakthrough for the duo on both sides of the Atlantic. The title track became particularly popular and remains one of Eurythmics' most recognisable songs. Its music video, popular on MTV in the United States, is memorable for Annie Lennox's gender-bending imagery. In the wake of this success, the single "Love Is a Stranger", previously a flop, was re-released and became a hit as well. It too was accompanied by a striking video that featured Lennox dressed both as a man and a woman.
Pop/Rock Dance-Rock Electronic New Wave Synth-pop Eurythmics Annie Lennox Dave Stewart 1983 Japan CD-Rip CD-Rip+Scans lossless FLAC
Details
Publication archive