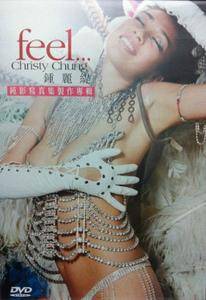 Feel… Christy Chung is a photographic video portfolio presentation of Chinese/Vietnamese/Canadian actress Christy Chung. She appeared in films with Jet Li and Jackie Chan but hoped to do more mature roles so she began to do sexier photos to let directors know her capabilities. This is basically a video of a few photo shoots, allowing viewers to see her movement and her pores.