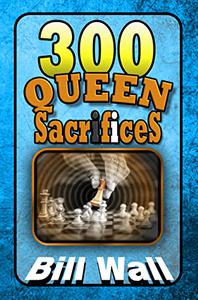 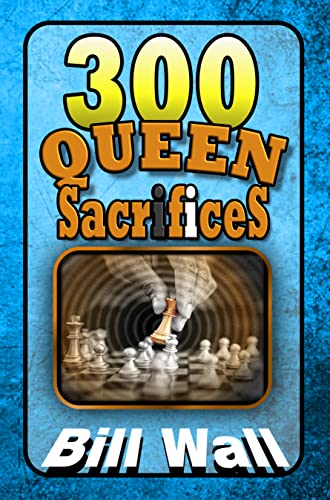 300 Queen Sacrifices by Bill Wall
English | 2022 | ISBN: N/A | ASIN: B0BFJ2J427 | 164 pages | PDF | 16 Mb
Solving chess problems and winning positions is probably the most effective chess training method to improve your chess skills. Solving a chess problem, such as sacrificing your queen to win, is one of the best ways to improve your pattern recognition at its highest level. The theme of this book is the queen sacrifice to checkmate the enemy king.
A queen sacrifice, rare in most chess games, occurs when a player voluntarily lets his opponent captures his or her queen. All of these positions in this book involve a queen sacrifice that leads to checkmate. This is a test of your combination ability to give up your most valuable piece, your queen, to force mate.
Since the queen is the most powerful piece in chess, most players overlook the idea of giving it up voluntarily. Giving up the queen for lesser chessmen, or for an attack, or forcing a checkmate is difficult to contemplate. For this reason, queen sacrifices can catch an opponent off guard, especially when it leads to checkmate. Queen sacrifices require a high degree of precision and these 300 positions gives you a chance to test your solving abilities and precise calculations that lead to checkmate.
Here are 300 of the best queen sacrifices in chess, a collection of positions won with a queen sacrifice as the key move. Many of the diagrams come from grandmaster play