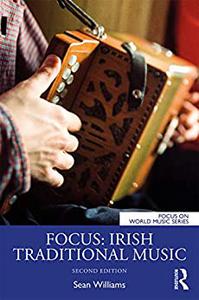 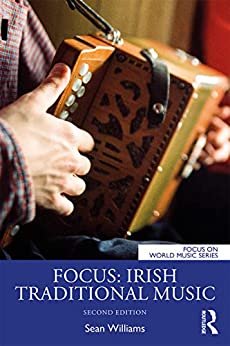 Sean Williams, "Focus: Irish Traditional Music"
English | 2020 | ISBN: 0367244020, 0367244012 | 331 pages | AZW3 | 5.6 MB
Focus: Irish Traditional Music, Second Edition introduces the instrumental and vocal musics of Ireland, its diaspora in North America, and its Celtic neighbors while exploring the essential values underlying these rich musical cultures and placing them in broader historical and social context. With both the undergraduate and graduate student in mind, the text weaves together past and present, bringing together important ideas about Irish music from a variety of sources and presenting them, in three parts, within interdisciplinary lenses of history, film, politics, poetry, and art:

I. Irish Music in Place and Time provides an overview of the island’s musical history and its relationship to current performance practice.

II. Music Traditions Abroad and at Home contrasts the instrumental and vocal musics of the "Celtic Nations" (Scotland, Wales, Brittany, etc.) and the United States with those of Ireland.

III. Focusing In: Vocal Music in Irish-Gaelic and English identifies the great songs of Ireland’s two main languages and explores the globalization of Irish music.

New to this edition are discussions of those contemporary issues reflective of Ireland’s dramatic political and cultural shifts in the decade since first publication, issues concerning equity and inclusion, white nationalism, the Irish Traveller community, hip hop and punk, and more. Pedagogical features―such as discussion questions, a glossary, a timeline of key dates, and expanded references, as well as an online soundtrack―ensure that readers of Focus: Irish Traditional Music, Second Edition will be able to grasp Ireland's important social and cultural contexts and apply that understanding to traditional and contemporary vocal and instrumental music today.