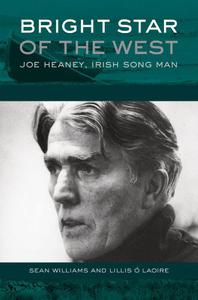 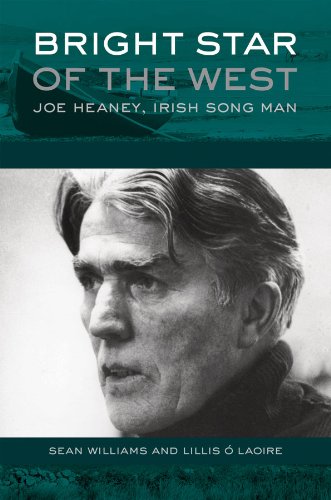 Sean Williams, Lillis S Laoire, "Bright Star of the West: Joe Heaney, Irish Song Man"
English | 2016 | ISBN: 0195321189, 0190469625 | 274 pages | AZW3 | 3.3 MB
Bright Star of the West traces the life, repertoire, and influence of Joe Heaney, Ireland's greatest sean-nós ("old style") singer. Born in 1919, Joe Heaney grew up in a politically volatile time, as his native Ireland became a democracy. He found work and relative fame as a singer in London before moving to Scotland. Eventually, like many others searching for greater opportunity, he emigrated to the United States, where he worked as a doorman while supplementing his income with appearances at folk festivals, concerts and clubs. As his reputation and following grew, Heaney gained entry to the folk music scene and began leading workshops as a visiting artist at several universities. In 1982 the National Endowment for the Arts awarded Heaney America's highest honor in folk and traditional arts, the prestigious National Heritage Fellowship. Although Heaney's works did not become truly popular in his homeland until many years after his death, today he is hailed as a seminal figure of
traditional song and is revered by those who follow traditional music.

Authors Sean Williams and Lillis Ó Laoire address larger questions about song, identity, and culture. They explore the deep ambivalence both the Irish and Irish-Americans felt toward the traditional aspects of their culture, examining other critical issues, such as gender and masculinity, authenticity, and contemporary marketing and consumption of sean-nós singing in both Ireland and the United States. Comingling Heaney's own words with the authors' comprehensive research and analysis, Bright Star of the West weaves a poignant critical biography of the man, the music, and his continuing legacy in Ireland and the United States.